The Ambiguity of Ponytails and God

In one of our hymns, we urge:

What is this fount? To whom are we singing with our request that our hearts “sing thy grace,” that our lives be turned to higher ways? Some of us would hesitate, and others of us would not hesitate, to say it is God whom that hymn addresses. The living tradition we share draws from many sources, one of which is:


“humanist teachings which counsel us to heed the guidance of reason and the results of science, and warn us against idolatries of the mind and spirit.”

The humanist strand in our living tradition has often resisted using the word God. 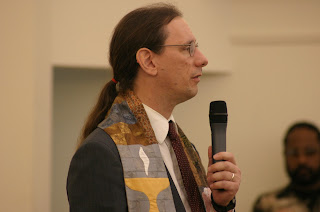 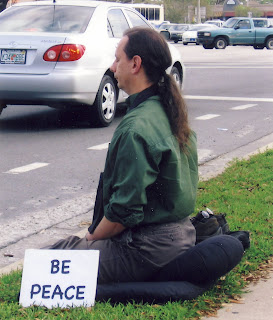 It has occurred to me that God is kinda like a ponytail. For seven years I had a ponytail, and I was aware that a ponytail makes a certain statement, and a ponytail on a man makes a different statement than a ponytail on a woman makes. But what statement? What does a ponytail say? After I’d had it a while I was so used to it that I wasn’t consciously saying anything at all. And what meaning it had for other people must have widely varied. Forty years ago a ponytail meant “hippie.” Nowadays a man with a ponytail is more likely to be driving a pickup truck than a VW microbus with flowers painted on it. And if he’s holding something that’s smoking and is illegal, it’s more likely to be a gun than a drug. Times change. I don’t know what my ponytail was saying to people – different things to different people, I’m sure.

What does the word “God” say to people? It says something, though it’s not exactly clear what. Whatever it is, does it need to be said? If it does, can it be said as well, or better, without using “the G-word”?

A lot of Unitarian Universalists do identify themselves as atheists. I’m not sure how many. It’s a label I used to claim – and sometimes, though not as often, and rarely without prompting, still do. If I don’t know what “God” means, then I don’t know what “atheist” means either. Declaring you’re an atheist makes some kind of statement – I’m just not sure what.

Sometimes I want to reclaim the word “God.” It’s a powerful word, and Jerry Falwell (may he rest in peace), and Pat Robertson (may he just give it a rest), don’t get to define the word for the rest of us.

There’s a pretty stock move which I sometimes make when someone tells me she or he is an atheist. I say:

If someone identifies themselves to me as a theist, I could say something very similar --


“tell me about this God you do believe in; I probably don’t”

– though that wouldn’t be so polite. Those who choose either the label “theist” or the label “atheist” seem to know – or think they know – what the name “God” names. The traditions of using and invoking that word, “God,” though, allow possibilities of meaning beyond what the usual self-defined “theist” or “atheist” typically has in mind.

Posted by Meredith Garmon at 09:35