God is a Verb 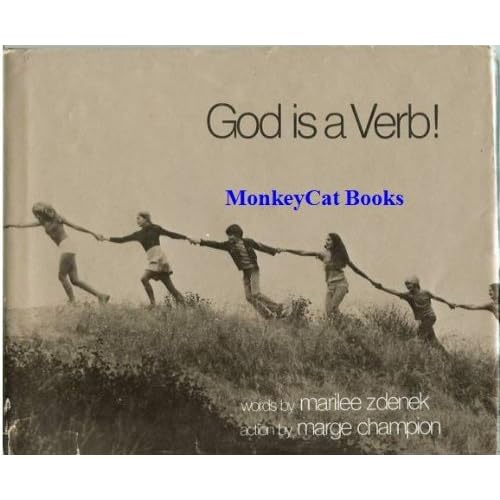 From “No More Secondhand God,” by Buckminster Fuller, 1940.


Here is God's purpose –
for God to me, it seems,
is a verb
not a noun,
proper or improper;
is the articulation
not the art, objective or subjective;
is loving,
not the abstraction "love" commanded or entreated;
is knowledge dynamic,
not legislative code,
not proclamation law,
not academic dogma, nor ecclesiastic canon.
Yes, God is a verb,
the most active,
connoting the vast harmonic
reordering of the universe
from unleashed chaos of energy.
And there is born unheralded
a great natural peace,
not out of exclusive
pseudo-static security
but out of including, refining, dynamic balancing.
Naught is lost.
Only the false and nonexistent are dispelled.

As I was saying, in the last century a large number of scholars have written a great number of books and papers laying out meanings of 'God' very different from traditional theism. I'm thinking particularly of process theologians and naturalist theologians. They have produced such an extensive body of work that I think we have to say they’ve shifted the English language: the meaning of the word "God" is not limited to the traditional theist conception. These theologians have developed a notion of God not as a noun – not as a person, place, or thing – at least not some specific object thing, some entity. They have made it possible to think of God as a verb – as the active, creative principle in the universe.

A tenet of process theology is that “reality is not made up of material substances that endure through time, but serially-ordered events.” Rather, God is an unfolding process. Theologians such as the Unitarian, Henry Nelson Wieman and Mennonite Gordon Kaufman work out in detail a conception of god as creativity – serendipitous creativity says Kaufman, to emphasize the unplanned, unpredictable nature of creativity. The traditional notion of God as creator wasn’t entirely off-base, they say. There really is a connection between the function of creating and the deep mystery, awe, wonder and sense of reverence that goes with the notion “God.” God the creator wasn’t entirely off-base – but God isn’t a person-like creator. Instead, God is creativity itself.


“God is indeed a verb. He is not the creator. He is the ongoing unfoldment of creation itself. There is nothing that is not a part of this unfolding. Thus there can be nothing separate from God. God is infinite and infinity is One. . . . When we perceive God as a noun, we envision him as the creator, the architect of, and therefore separate from, his creation. Identifying ourselves as part of that creation, we see ourselves not only separate from our source but separate from each other and all other manifest things as well. . . . Once I viewed God as a verb instead of a noun, my perception of life shifted. Everything around me, manifest or no, became God. There was only God. When someone spoke to me, it was with God's voice; when I listened, it was with God's heart. As you begin to view God not as the creator but as the constantly changing dance of creation itself, you'll discover God in everything you see – including yourself.” (Jean-Claude Koven, 2005)