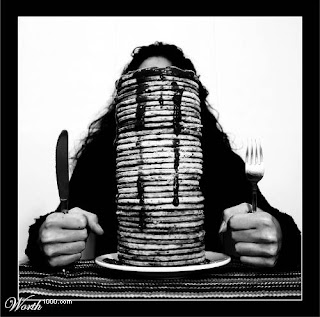 Early church leaders, including Evagrius of Pontus in the 4th century, Saint John Cassian shortly after, and Pope Gregory I (“Gregory the Great”) in the 6th century, worked out a list of vices that came to be known as “the seven deadly sins.” What these church leaders were trying to do was identify the root sins. The seven deadlies are not the most serious offenses. A little envy, or a touch of pride is not as serious as lying, cheating, stealing, and murdering. Rather, the seven deadlies were seen as the origins, the root causes, of the more serious sins. Envy, vanity, anger, sloth, lust, gluttony, or greed could lead you to lie, steal, or kill.

These early church figures were developing a kind of theological psychology. If a person could purge themselves of these seven, none of those other sins would tempt. Indeed, precisely because these seven so often occur in mild form, and are universal, or nearly so, the seven deadly sins constitute an agenda for spiritual work for everyone. The project of coming to terms with these root bedevilments of the human condition is necessary for our healing and wholeness.

We might quibble with Gregory the Great’s list. For instance, Lake Chalice notices that idolatry – broadly defined as attachment to a fixed concept or image, to the detriment of open-ness to the dynamic freshness of each moment – is at the root of a lot our suffering, and in some ways may even be the root from which these other roots spring. Still, by and large, Gregory the Great has given us a good list, attention to which reveals insights of meaning, power, and possibilities of liberation.

Lake Chalice is still feeling a bit bloated from the recently past holiday season. So let’s start with gluttony. Gentle readers may, at this time of year, be optimally sympathetic to the claim that we are all gluttons.

Indeed, throughout the year, gluttony is the sin with which our culture is most obsessed. For gentle readers desiring confirmation of this, Lake Chalice suggests you go to a bookstore, find an employee, go the self-help section, and say, “I’m looking for something that will help me with my problem of vanity. I suffer from pride and hubris, and I want some guidance on addressing that.” Or say you want to work on your envy, or sloth. A resourceful bookstore employee might be able point you to a few titles. If you say you want help with your lust, or your greed, you’ll mostly find titles giving advice on how to be more successful in gratifying these desires rather than in mitigating their control over your life. Tell the clerk you have an issue with anger, and you’ll have somewhat better luck -- there are a number of books about anger management. But if you say your problem is gluttony, then you have hit the mother lode. Bookstore shelves groan under the weight of title upon title of diet and weight-loss books to help you not groan under the weight of yourself.

If, as they say, “you are what you eat,” then how we feel about eating, and about eating too much, reveals our beliefs about who we are. While we don’t often use the word “gluttony” these days, we are a nation and a culture deeply obsessed with overeating. This is because we are obsessed with body image -- and overeating, or badly eating, shows up on our bodies in ways the other deadly sins do not.

Posted by Meredith Garmon at 10:26