What Shall It For-Profit Us? 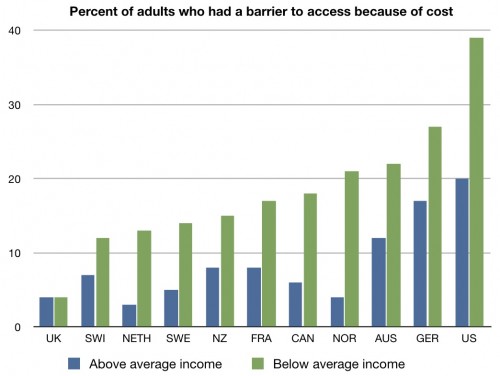 Critics of the for-profit trend say that what’s going on is not simply a matter of MBAs coming in with a more efficient management. Rather, for-profit hospital chains specialize in profitable care services for a largely affluent and insured clientele – fields such as medical rehabilitation, elective/plastic surgery, and cardiology -- while avoiding provision of loss-making services such as emergency medicine which caters mainly to the indigent.

When business people talk about “efficiency,” our minds conjure an image of a well-run machine. We take it as analogous to when our auto-mechanic tells us he has improved our car’s efficiency. We’re thinking, "Great! More miles out for less gas in." But we probably wouldn’t have such a warm, fuzzy feeling about “efficiency” if we found out that our car had become more efficient because it was now no longer available for short trips around town, but could only be used on long highway journeys. “But that’s only part of what I need my car for!” we’d say.

According to a New England Journal of Medicine editorial:

A hospital stay averages almost $4,000 a night in the US. In Germany, it’s $632. A coronary bypass costs about $67,000, and angiogram is $800, an MRI scan over a thousand, and baby delivery almost $10,000. In Canada or Europe they are almost always less than half that cost. I’m not seeing any efficiency -- except, perhaps, at channeling money efficiently to investors.

Besides hospitals, market creep is changing our prisons. Prisons are increasingly privatized, run for profit. Which means we now have company lobbyists in our legislatures lobbying for tougher criminal penalties so that they can have more inmates and get more money. Is that any kind of way to run a prison system – where there’s a vested interest in more people in prison rather than fewer?

We are also seeing an increase in for-profit schools – which amounts to an abandonment of the notion that education is a public good. In fact, market creep is slowly eroding the idea that there is such a thing as the public good.

We are increasingly outsourcing war to private military contractors. For much of the years of US military presence in Iraq and Afghanistan, private contractors outnumbered U.S. military troops.

Posted by Meredith Garmon at 07:40