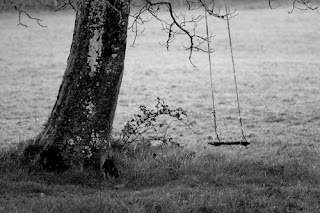 
The Tao is (like) the emptiness of a vessel;
and in our employment of it we must be on our guard against all fulness.
How deep and unfathomable it is, as if it were the Honoured Ancestor of all things!
We should blunt our sharp points, and unravel the complications of things;
we should attemper our brightness, and bring ourselves into agreement with the obscurity of others.
How pure and still the Tao is, as if it would ever so continue!
I do not know whose son it is.
It might appear to have been before God.


Nature contains nothing but natures; and these natures are nothing over and above Nature.
In Nature, all natures originate, all conflicts are settled, all differences are united, all disturbances are quieted.
Yet, no matter how many natures come into being, they can never exhaust Nature.
To look for an external source of Nature is foolish, for Nature is the source of all else.


Tao is a vast immeasurable void. It can be used to infinity; it is truly inexhaustible.
Like nature, it appears to be the origin of everything. In it conflicts (sharp edges) are satisfied (rounded); differences (tangles) are resolved (united); observations (light) are clarified (tempered); disturbances (turmoil) are quieted (submerged).
It is like a deep, dark pool. I do not know its source. It is like a prelude to nature, a preface to God.


The way is empty, yet use will not drain it.
Deep, it is like the ancestor of the myriad creatures.
Blunt the sharpness;
Untangle the knots;
Soften the glare;
Let your wheels move only along old ruts.
Darkly visible, it only seems as if it were there.
I know not whose son it is.
It images the forefather of God.


The Tao is an empty vessel; it is used, but never filled.
Oh, unfathomable source of ten thousand things!
Blunt the sharpness,
Untangle the knot,
Soften the glare,
Merge with dust.
Oh, hidden deep but ever present!
I do not know from whence it comes.
It is the forefather of the emperors.


“The Unfathomable Tao”
It is the nature of the Tao,
that even though used continuously, it is replenished naturally,
never being emptied, and never being over-filled,
as is a goblet which spills its contents upon the ground.
The Tao therefore cannot be said to waste its charge,
but constantly remains a source of nourishment
for those who are not so full of self as to be unable to partake of it.
When tempered beyond its natural state,
the finest blade will lose its edge.
Even the hardest tempered sword, against water, is of no avail,
and will shatter if struck against a rock.
When untangled by a cutting edge,
the cord in little pieces lies, and is of little use.
Just as the finest swordsmith tempers the finest blade with his experience,
so the sage, with wisdom, tempers intellect.
With patience, tangled cord may be undone,
and problems which seem insoluble, resolved.
With wise administrators, all can exist in unity, each with the other,
because no man need feel that he exists,
only as the shadow of his brilliant brother.
Through conduct not contrived for gain,
awareness of the Tao may be maintained.
This is how its mysteries may be found.


“Tao, the Way”
Tao, itself formless,
Is the source of all forms.
It is the unfilled fathomless vessel
From which are poured forth
The myriad things of this world.
Smoothing the rough,
Untangling the snarled,
Allaying life’s dusty turmoil,
It remains itself like a crystal clear
Fountain of living waters.
Itself absolute, it is also
The Tao manifest in Nature,
The Way discoverable within.


The Tao is like a well:
used but never used up.
It is like the eternal void:
filled with infinite possibilities.
It is hidden but always present.
I don't know who gave birth to it.
It is older than God.


The Way is empty,
yet never refills with use;
Bottomless it is,
like the forefather of the myriad creatures.
It files away sharp points,
unravels tangles,
diffuses light,
mingles with the dust.
Submerged it lies,
seeming barely to subsist.
I know not whose child it is,
only that it resembles the predecessor of God.


Tao being Empty,
it seems one who uses it will lack solidity.
An abyss,
it seems something like the ancestor
of the thousands of things.
It dampens the passion
it unties the tangles
it makes the flashing things harmonious
it makes the dust merge together.
Deep,
it is perhaps like an enduring something.
I don't know of anything whose offspring it might be –
it appears to precede God.


“Limitless”
The Way is a limitless vessel;
Used by the self, it is not filled by the world;
It cannot be cut, knotted, dimmed or stilled;
Its depths are hidden, ubiquitous and eternal;
I don't know where it comes from;
It comes before nature.


“Sourceless”
The way is empty,
used, but not used up.
Deep, yes! Ancestral
to the ten thousand things.
Blunting edge,
loosing bond,
dimming light,
the way is the dust of the way.
Quiet,
yes, and likely to endure.
Whose child? Born
before the gods.


How much Tao is there?
More than you'll ever need.
Use all you want,
there's plenty more
where that came from.
You can't see Tao, but it's there.
Damned if I know where it came from.
It's just always been around.


Way-making being empty,
You make use of it
But do not fill it up.
So abysmally deep –
It seems the predecessor of everything that is happening (wanwu).
It blunts the sharp edges
And untangles the knots;
It softens (he) the glare
And brings things together on the same track.
So cavernously deep –
It only seems to persist.
I do not know whose progeny it is;
It prefigures the ancestral gods.


Empty of all doctrines.
The Tao is wisdom eternally inexhaustible.
Fathomless for the mere intellect,
The Tao is the law wherewith all things come into being.
It blunts the edges of the intellect,
Untangles the knots of the mind,
Softens the glare of thinking,
And settles the dust of thought.
Transparent yet invisible,
The Tao exists like deep pellucid water.
Its origin is unknown,
For it existed before Heaven and Earth.


Tao is empty
Its use never exhausted.
Bottomless –
The origin of all things.
It blunts sharp edges,
Unties knots,
Softens glare,
Becomes one with the dusty world.
Deeply subsistent –
I don’t know whose child it is.
It is older than the Ancestor.

Thanks to Glenda Gill for pointing me to the Kimura translation, which is now added to the line-up. (Kimura's translation is published under the title, The Book of Balance: Lao Tzu's Tao Teh Ching. I've gone back and added Kimura to all previous Saturdao posts too. By the way, for those who find my 16 translations paltry, here's fifty translations, chapter by chapter -- 672 double-columned pages, yet it includes only 5 of the 16 translations I'm using.) In this verse, Kimura adds epistemological emphasis: the ontological emptiness of the Dao -- implied by most translators -- is rendered as an epistemological emptiness: It is "doctrines" (belief claims) that the Dao is empty of. It is the "intellect," the "mind," "thinking," and "thought" that have edges to blunt, knots to untangle, glare to soften, and dust to settle. How shall we do this? The text gives us unknowability -- whose "son," "child," "offspring," "progeny" is this Dao? Don't know, don't know, don't know. (Daon't know, daon't know, daon't know.) If we release ourselves into unknowability, we are liberated from the edges, knots, glare, and dust of mind and thinking

You may notice that in this verse, a little dyslexia won't much get in your way: the same term is sometimes rendered "unite" (Bahm, MacHovec) and sometimes "untie" (LaFargue, Addiss-Lombardo): for we are asked to unite our differences and untie the knots that bind and separate.

Bahm's talk of "Nature" and "natures" reminds of -- and, indeed, seems roughly to parallel -- Heidegger's "Being" and "beings." Every part comes from the whole. No big deal there. The whole, however, must be understood as:
- ancient and/or eternal,
- capable of bringing forth infinite new parts, and, moreover,
- a context of ultimate harmony of parts that often seem at war with each other.

Additionally, as most of the others say but Bahm leaves out (or, perhaps, "naturalizes out"), this Dao is empty: "Tao is empty" (Addiss-Lombard), "Tao being empty," (LaFargue) and "Way-making being empty" (Ames-Hall), and "The Way is empty" (Lau, Mair, LeGuin). Instead of "empty," MacHoven and Mitchell say "void," Trapp says "formless," Merel says "limitless," and, interestingly enough, Rosenthal says "never...emptied."

There is an emptiness to the Dao, to reality, to our flowing-with-the-flow activity, and this emptiness has an ontological quality, I think: it is not merely empty "of all doctrines" (Kimura). There is not merely an unknowable substance, but an apprehendable (if not exactly knowable) absence of substance. No permanence anywhere. No separate things. No independence. No essences. Only fluidly shifting relationships.

So: "Let your wheels move only along old ruts" (Lau); "merge with dust" (Feng-English). The West, too, knows this spiritual teaching: The humble shall inherit the earth.

Posted by Meredith Garmon at 17:43