Opposites are not sympathetic to each other.
Each one of the many kinds of opposites acts as if it could get along without its other.
But Nature treats opposites impartially, dealing with each of every pair of opposites with the same indifference.
And the intelligent man will regard opposites in the same manner.


Nature acts without intent, so cannot be described
as acting with benevolence, nor malevolence to any thing.
In this respect, the Tao is just the same,
though in reality it should be said that nature follows the rule of Tao.
Therefore, even when he seems to act in manner kind or benevolent,
the sage is not acting with such intent, for in conscious matters such as these, he is amoral and indifferent.


“Nature Seems Unkind”
Nature seems unkind,
As indifferent to its own offspring
As if they were but sacrificial straw dogs.
The Sage, too, seems unkind,
As impartial as Nature;
Yet, like Nature, he benefits all.


Tao's neutral:
it doesn't worry about good or evil.
The Master's are neutral:
they treat everyone the same. 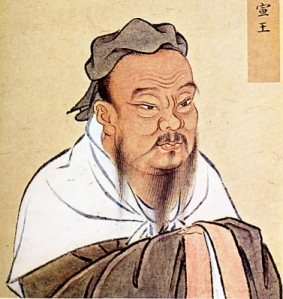 Eight of the 16 translations use the phrase "straw dogs." What are straw dogs anyway? Besides the title of a movie, I mean? ("Straw Dogs" is a 2011 movie with James Marsden and Kate Bosworth, which is a re-make of a 1971 movie with Dustin Hoffman and Susan George. A couple moves to a rural town and face increasingly vicious harassment from the locals. It's a psychological thriller.) In ancient China, straw dogs were ceremonial objects -- sacrificial animal-images. "These sacrificial objects are artifacts that are treated with great reverence during the sacrifice itself, and then after the ceremony, discarded to be trodden underfoot" (Ames and Hall). So when nature/reality/heaven and earth treats us as a "straw dog", are we talking about during the sacrifice itself or after? Interesting. If you find that life is treating you really well, it means you're about to be sacrificed. If life is trodding you underfoot, at least you know the sacrifice is over.

Lao Tsu begins by telling us what our parents and teachers so often repeated: Life isn't fair. Heaven and earth aren't kind. In particular, they are not "partial to institutional morality," -- which means the world isn't bound by your ideas of what's fair, or your ideas of right and wrong and good and bad.

Then Lao Tsu tells us that, if we are to be as the sages, then we, too, must treat people the same way. What does that mean? Kimura indicates this means treating them as transitory -- not getting attached to them, just as earth and sky don't appear to be attached to any particular individual. Others suggest this means treating people impartially, the same: "she welcomes both saints and sinners."

Virtue really must be its own reward. Nature won't treat you any better for it. Nor will the wise.

Likewise, it's not your job -- it isn't anybody's -- to praise and condemn, as if the world would want to change itself to accord with your judgment of what it should be.

Posted by Meredith Garmon at 17:56