I Was a Teenage Feminist 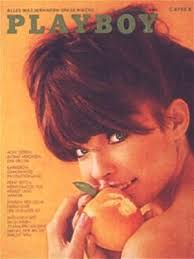 The living tradition Unitarian Universalists share draws on many sources, including:


Direct experience of that transcending mystery and wonder, affirmed in all cultures, which moves us to a renewal of the spirit and an openness to the forces that create and uphold life.

I was 13-years-old once, and there was for me no more transcendent mystery or wonder than females. Frankly, males were pretty much a mystery, too, for that matter: in fact, two mysteries: I was a mystery to myself, and other males were a completely different mystery. These mysteries, however, lacked the transcendence of the wholly holy other: girls and women.

It was 1972, the year I was 13, and the first issue of Ms. Magazine hit the scene. My mother was a charter subscriber, and the issues arrived monthly, and there they were, lying on the living room coffee table, along with the Time magazine, and Atlantic, and Scientific American, and . . . Playboy, which, interestingly, also arrived in our mailbox with my mother’s name on the address sticker on the plain brown wrapper. To the best of my ability to tell, she liked the articles.

That year, 1972, my parents gave me a booklet about how reproduction works, and then left me alone to wrestle with the transcending mystery and wonder – with various clues (and red herrings) on constant display on the living room coffee table. Moved as I was to “an openness to the forces that create...life,” I was an regular reader of both Ms. and Playboy. There was indeed a wealth of material on that coffee table, and it wasn’t all consistent. Still, by the time I was 15, I was fairly well-informed about women, I suppose, for my age.

Of course, I hadn’t the foggiest notion how to actually talk to one. Such expertise as I had was purely theoretical.

I have identified myself as feminist ever since I was 13. I wore often my “Yes ERA” t-shirt – a gift from my mother -- until, after some years, it fell apart (along with the amendment it supported, alas). I was raised to believe in justice and equality – that really is a key part of the story. I imbibed and took to heart the views of writers like Betty Friedan, Gloria Steinem, Robin Morgan, Susan Brownmiller, Shulamith Firestone, Kate Millett, Mary Daly. By the time I was in college, I was reading their books, not just their pieces in Ms.

At the same time, I was a teenage boy with a teenage boy’s hormones, and as I reflect back I think also a part of the story was a desperate hope that if I could only sufficiently display that I was on women’s side, then one of them might be willing to be on my side. My quest was for a grand unified theory that would make sense of my own burgeoning sexuality while also aligning me with high ideals of justice. What I had was rather a mish-mash of incoherent yearnings, really. (I identified a lot with Cervantes’ character, Don Quixote. Think, "impossible dream.")

My teen-age feminism set the stage for my young adult feminism. On past age 30, when I was in graduate school and my own kids were in elementary school, I was not only a checkbook supporter of the National Organization for Women, but an active member of the local University of Virginia chapter, going to meetings and marches in between my classes and studies. Then, as an assistant professor of philosophy at Fisk University, I chaired the task force that designed and brought to implementation that University’s first women’s studies program. Feminism has been a large and meaningful part of my life. It's been a winding and unfolding journey, and what it means for me, and us, I'll begin to explore in the next Lake Chalice.

Posted by Meredith Garmon at 10:32