This info arrived in my inbox a couple days ago: cases of getting it way wrong:


"Drill for oil? You mean drill into the ground to try and find oil? You're crazy!" -Drillers who Edwin L. Drake tried to enlist to his project to drill for oil in 1859.

"The abdomen, the chest, and the brain will forever be shut from the intrusion of the wise and humane surgeon." -Sir John Eric Ericksen, British surgeon, appointed Surgeon-Extraordinary to Queen Victoria 1873. 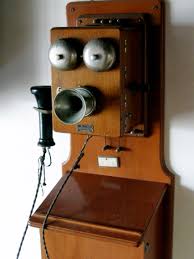 This 'telephone' has too many shortcomings to be seriously considered as a means of communication. The device is inherently of no value to us." -Western Union internal memo, 1876.

"Everything that can be invented has been invented." -Charles H. Duell, Commissioner, US Office of Patents, 1899.

"The wireless music box has no imaginable commercial value. Who would pay for a message sent to nobody in particular?" -David Sarnoff's associates in response to his urgings for investment in the radio in the 1920s.

"There is no likelihood man can ever tap the power of the atom." -Robert Millikan, Nobel Prize in Physics, 1923

"The bomb will never go off. I speak as an expert in explosives." -Admiral William Leahy , US Atomic Bomb Project

"I'm just glad it'll be Clark Gable who's falling on his face and not Gary Cooper." -Gary Cooper on his decision not to take the leading role in "Gone With The Wind".

"I think there is a world market for maybe five computers." -Thomas Watson, chairman of IBM, 1943

"Computers in the future may weigh no more than 1.5 tons." -Popular Mechanics, forecasting the relentless march of science, 1949

"Man will never reach the moon regardless of all future scientific advances." -Dr. Lee DeForest, "Father of Radio and Grandfather of Television."

"I have traveled the length and breadth of this country and talked with the best people, and I can assure you that data processing is a fad that won't last out the year." -The editor in charge of business books for Prentice Hall, 1957

"The super-computer is technologically impossible. It would take all of the water that flows over Niagara Falls to cool the heat generated by the number of vacuum tubes required." -Professor of Electrical Engineering, New York University

"We don't like their sound, and guitar music is on the way out." -Decca Recording Co. rejecting the Beatles, 1962.

"I don't know what use any one could find for a machine that would make copies of documents. It certainly couldn't be a feasible business by itself." -The head of IBM, refusing to back the idea, forcing the inventor to found Xerox.

"But what is it good for?" -Engineer at the Advanced Computing Systems Division of IBM, 1968, commenting on the microchip.

"There is no reason anyone would want a computer in their home." -Ken Olson, president, chairman and founder of Digital Equipment Corp., 1977 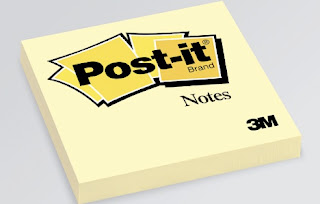 "If I had thought about it, I wouldn't have done the experiment. The literature was full of examples that said you can't do this." -Spencer Silver on the work that led to the unique adhesives for 3-M "Post-It" Notepads.

"The concept is interesting and well-formed, but in order to earn better than a 'C,' the idea must be feasible." -A Yale University management professor in response to Fred Smith's paper proposing reliable overnight delivery service. (Smith went on to found Federal Express Corp.)


The moral of this tale might be something like: dare to think big, dream the impossible. Look at all these cases where people thought small, failed to boldly envision a future different from their past. Missing from the list, though, are all the "big" ideas that someone believed in but didn't pan out. When I was a kid, quite a lot of people, apparently, thought we'd all be getting around on jetpack by now. The dot.com bubble that burst in 2000-01, the housing market collapse that began in 2007, the big bank failures, and various other economic consequences of over-reaching are all negative consequences of thinking too big.

Facebook's Initial Public Offering of stock was 2012 May 18. It opened at $38.00/share and closed at $38.23/share. So a lot of people were wondering whether it the Facebook boosters or the Facebook doubters will end up on some future list of people who got it way wrong.


“If you have built castles in the sky, let not your dreams go to waste. Just build the foundations under them."

Well, that's OK. Sure. Build foundations under your sky castles. Why not? What else you gonna do?

But I just want to ask: Is that sky castle really going to make you -- or anyone -- better off than you are right now?

It turns out that we can get oil by drilling for it. And has this improved human joy or flourishing? Remember our past and on-going oil wars to support the economy that emerged as a result of oil drilling? Telephones, airplanes, radio, copy machines, home computers, chewy cookies, post-it notes, and FedEx deliveries: were the people who dreamed these things better people, more present to joy and love, as a result of their dream? Do the developments they brought and wrought help others be more awake, more wise, or more compassionate?

Two of the examples pertain to advances in medical care: Pasteur's germ theory, and surgeries of abdomen, chest, and brain. Pasteur didn't so much have a dream, or a sky castle. He had a guess. What he was doing is better described as detective work than as big dreaming or even foundation-building. And surgeries gradually expanded into abdomen, chest, and brain (significantly assisted by Pasteur's germ theory which told us to sterilize the surgical instruments) through small increments rather than any particular big dream.

So, my friends, carry on. No need to get carried away. Just be awake to beauty and carry on. Having a "passion" for what you're doing is fine. Also fine is having a less passionate, gentler love for the place you happen to be, the beings around you, and the activities in which you find yourself engaged. That, you cannot get wrong.
Posted by Meredith Garmon at 22:31