On Being a Nash Rambler

What does humanity represent that dispassionately warrants preserving? Once we ask the question this way, it's hard to see our particular genome as essential. Rather, it is the attributes that manifest this genome that we value. Those attributes might manifest from very different genomes -- or in metal and silicon. The attributes to which our loyalty and our lives may rightly stand don't require the specific homo sapiens genome, but they do require a high degree of complexity. In the story of our world and our place in it, we now know it is not scientifically reputable to say that evolution is aimed at "us" if "us" means the homo sapiens genome. But perhaps if "us" means any species with a certain high level of complexity sufficient for highly elaborate symbolic language and social organization, then evolution does have an arrow, and it flies toward "us." That is, it does if evolution by its nature tends toward greater complexity. Does it? I think so.

The last Lake Chalice considered the role of competition in spurring species evolution toward greater complexity. We now consider the opposite: cooperation.

When does it pay to compete and when does it pay to cooperate? Cooperation can benefit both parties, but if you’re premature in offering your cooperation, it’s disastrous. You get taken advantage of: left with nothing, or eaten. For a cell, or something even simpler, such as an autocatalytic protein, payoff is measured only in terms of how many replications of yourself will persist through how long a time. Entering into a cooperative relationship is risky. But under the right conditions, it improves your chances of replicating.

Sooner or later, given enough encounters, the mitochondria’s precursor and the nucleus’ precursor are going to figure out how to cooperate to create the nucleated cell.

Then these more complex nucleated cells are going to work out schemes of cooperation to form multi-celled organisms.

Then those multi-celled organisms are going to come to take in more and more different cells, each taking on more and more highly specialized functions – all as strategies for giving themselves more payoff, more replication.

It takes an awful long time for dumb cells to stumble blindly onto the cooperative strategies that John Nash proved do, in fact, most improve their odds. It takes billions of years. The vastness of the time scale alone induces awe and wonder. And there’s something beautiful about that slow, slow, slow, incredibly patient unfolding of life. Frankly, a story of creation in six days is spiritually short-changing. 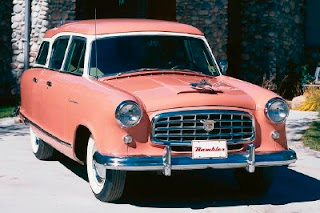 What kind of animals will emerge from this growing complexity of more and more cells acting together cooperatively there’s no predicting – except we do know, if Robert Wright and I are correct, that they will tend toward greater complexity. Creation ambles and rambles, moving in no straight line, going down a lot of dead ends, gradually working out ways to overcome the barriers to mutual cooperation. There is indeed an inexorable logic of cooperation pulling alongside the push of competition. The social species (humans, ants, etc.) have hit upon ways to utilize Nash's equations. We are Nash ramblers.

The same logic that leads cells to cooperate to create a larger organism eventually leads individuals (in some species) to cooperate to form a larger organism called "society." The need for one group to compete with another puts a premium on cooperation among the members of the group -- and better cooperation within groups intensifies the competition between groups. Cooperation works, we might say, “in harmony” with competition, like those chimps forming coalitions to compete with other coalitions.


“Some zoologists suspect that chimps and bonobos have long been ‘held back’ by the presence of humans – kept from moving out of the jungle onto grasslands and, more generally, from filling the human niche” (Wright, Nonzero, 292)

So if all humans suddenly vanished today, the chimps would Nash-ramble out into the savanna, start spending more of their time walking upright, which would conduce to the voice box dropping down in the throat, which would allow production of more subtle vocal sounds, which, in combination with the positive feedback loop they already have for increased political savvy, would cause the use of those subtle distinctions in vocal sound in a more complex symbolic language.

If some virus wipes out all the humans but not the chimps, probably in about a couple million years or so, we’ll be back – that is, a species very like humans: five or six feet tall, with the armpits, bad jokes, spectator sports, musical instruments, and the whole nine yards. How’s that for a story to give us a sense of our place in the scheme of things?

Posted by Meredith Garmon at 10:11