Some Unitarian Universalists hit a little mental snag on the word “spiritual.” I grew up with that snag. "Spiritual? What does that mean?"

It’s one thing to know this in your head. “Right, right, I’m enough. Gotcha. Heard it before. I know that.”

It’s one thing to have that cognitive knowledge. It’s another thing to live that truth with every breath and every step. That’s hard to do. It does not come naturally to us who are acculturated to modern society, and it involves more than cognition. "Spirituality" is quite a handy word for this capacity for not-merely-cognitive perception of abundance.

The abundance is there. We have but to expand the circle of our consciousness to take it in. All the world’s religions teach this. 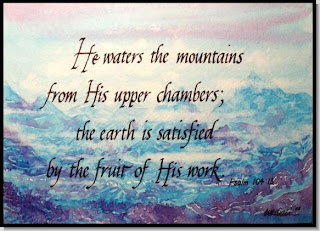 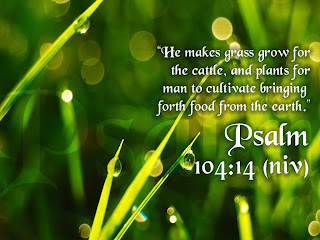 In the Jewish tradition, the scriptures say it over and over: God is good, God provides, God is faithful. In Genesis, God lovingly brings the entire world into being, and provides human beings with everything they need. "Be fruitful and multiply," God says, and the fruitfulness overflows. The Book of Psalms sings again and again about all the gifts God gives us. Psalm 104 says, all the creatures of the earth


"look to you to give them their food at the proper time. When you give it to them, they gather it up; when you open your hand, they are satisfied with good things."

Predominant is the picture of God, the generous provider, the faithful parent -- always giving, supplying our needs. The Jewish tradition is emphatic in saying God loves us extravagantly and wants to provide for us, richly and abundantly. That’s the Jewish way of saying that life is inherently abundant.

The Buddhist tradition teaches letting go of desires. Why? Because we have all we need, abundantly. Wanting things to be different obscures from us awareness of the ample riches that are present to us right here, inalienable from us, we have but to notice them.

Taoism’s emphasis is on the Tao, which is usually translated as “the way.” The Japanese word for Tao is “michi”, which means “abounding.” It is abundant everywhere.

We spend much of our lives in the grip of a delusion: the delusion of scarcity. Christian theologian and Hebrew Scripture scholar Walter Breuggemann has written elogquently on "the myth of scarcity."


“The majority of the world's resources pour into the United States. And as we Americans grow more and more wealthy, money is becoming a kind of narcotic for us. We hardly notice our own prosperity or the poverty of so many others. The great contradiction is that we have more and more money and less and less generosity....Though many of us are well intentioned, we have invested our lives in consumerism. We have a love affair with ‘more’ -- and we will never have enough. Consumerism is not simply a marketing strategy. It has become a demonic spiritual force among us.” (“The Liturgy of Abundance, The Myth of Scarcity,” Christian Century, 1999 March 24)

Brueggemann notes that the US has cornered more than three-quarters of the world's resources, but we want more, always more. And the more we have, the less satisfied and the less secure we feel. That's how powerful the myth of scarcity can be: it can take the wealthiest people on earth and make them greedy and mean, unable and unwilling to share.


“The ideology devoted to encouraging consumption wants to shrivel our imaginations so that we cannot conceive of living in any way that would be less profitable for the dominant corporate structures.”

The ideology of consumption requires us to buy the myth scarcity – for if we buy that, then we’ll want to buy lots of other stuff.

If "spirituality" means "awareness of abundance," then it also includes a political capacity to resist corporate structures demanding consumption.

Posted by Meredith Garmon at 07:07