What you might have noticed if you’ve read much from the books of the prophets is that they seem pretty angry. Consider the prophet Amos who did his prophetic work around 750 years before the common era and is the earliest of the prophets of whom we have record. Speaking for Yahweh, Amos declares:


“I loathe, I spurn your festivals, I am not appeased by your solemn assemblies. If you offer Me burnt offering – or your meal offerings – I will not accept them; I will pay no heed to your gifts of fatlings. Spare Me the sound of your hymns and let Me not hear the music of your lutes. But let justice well up like water, righteousness like an unfailing stream.” (Amos 5: 21-24. JPS.)

Over and over Amos proclaims that Israel’s God is about to intervene to punish the people, an individual, or a group for their sins. Because of the religious arrogance of Israel’s leaders, and because of Israel’s economic and judicial oppression of the poor, says Amos repeatedly, God will soon bring disaster in the form of military defeat and exile upon Israel. Amos cries:


“Listen to this, you who devour the needy, annihilating the poor of the land.” (Amos 8:4)

Amos describes in detail the suffering of the economically and legally exploited masses, and the luxury of the wealthy and comfortable few. Meanwhile, declares Amos, the religion of the people of Israel had become “a comfortable ritual divorced from God’s demands for justice.” The practice of their faith was not doing the real work of connection. (Is yours?) Amos was an afflicter of the comfortable. He was an angry prophet speaking for an angry, wrathful God -- or so it seems.

Some of us like to take the wrath bits only within the context of comedy, as in the movie "Ghostbusters," when the title characters are trying to convince the mayor of the dangers about to be unleashed on the city.


Venkman: This city is headed for a disaster of biblical proportions.
Mayor: What do you mean, "biblical"?
Ray: What he means is Old Testament, Mr. Mayor, real wrath of God type stuff.
Venkman: Exactly.
Ray: Fire and brimstone coming down from the skies! Rivers and seas boiling!
Egon: Forty years of darkness! Earthquakes, volcanoes...
Winston: The dead rising from the grave!
Venkman: Human sacrifice, dogs and cats living together... mass hysteria!


The characters are mixing together the kind of social decay that, as the stories go, causes God’s wrath with the expressions of that wrath itself. And the overall message is that none of that is the kind of thing to take any more seriously than one takes the ghosts and ghostbusters of the movie.

As a Unitarian Universalist, a person of liberal faith, a faith that recognizes that love and understanding go together, and that all people warrant understanding, I have to recognize that I have my myths and other people have theirs, and there is no noncircular way of establishing the superiority of either.

I also recognize that any story that becomes and stays rooted in a culture over millennia does so because it satisfies some need – some universal need – which means it is a need I, and we, also have and in some form inevitably always will have.

I believe that the books of the Tanakh, as well such texts as Gilgamesh, the Bhagavad Gita, or Beowulf, tell us a lot about the cultures in which those texts emerged AND ALSO reveal a lot about me and us – for we, too, like them, are, as Auden says, "composed of eros and of dust, beleaguered by the same negation and despair," seeking some way to "show an affirming flame." 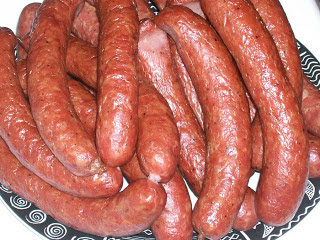 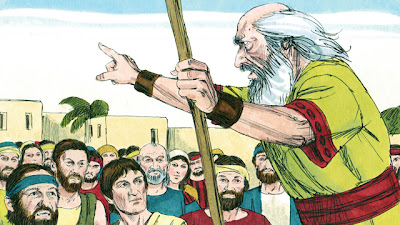 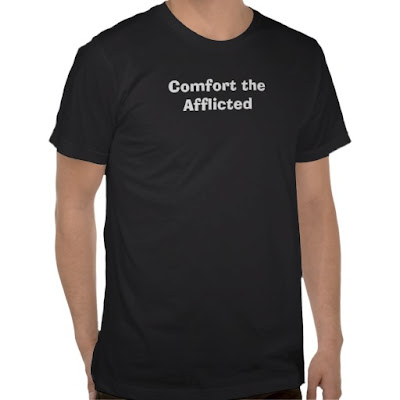 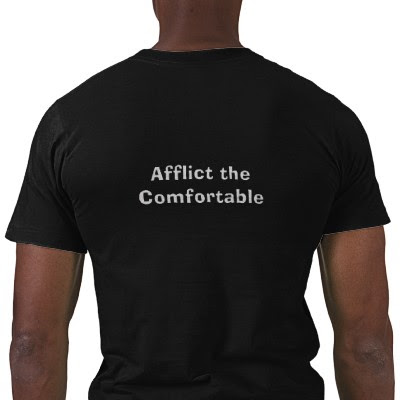 Is the practice of your faith doing the real work of connection?

Or do your faith practices merely protect you, bolstering ego in its delusions of separateness and specialness?

The energy of anger, the fire whose first impulse is aggressive protection, provides a key practice ground for re-directing energy to that real work of connection.

Let’s begin with a story.

The clerk gets in his zinger. Maybe he’s mad at somebody who is Polish, and he’s taking it out on all Polish people. And the would-be customer is laboring with anger issues of his own. Anger often gives us tunnel-vision: all we can see is something that hurts. He can’t expand his view to notice what’s really going on in the clerk’s question – or what sort of store he’s in.


“words and deeds of prophetic women and men which challenge us to confront powers and structures of evil with justice, compassion, and the transforming power of love.”

Our conception of prophets is based on the examples of the before-common-era prophets of the Tanakh – the three major prophets – Isiaiah, Jeremiah, Ezekial – and the twelve minor prophets: Hosea, Joel, Amos, Obadiah, Jonah, Micah, Nahum, Habakkuk, Zephaniah, Haggai, Zechariah, and Malachi. (There will be a quiz!)

The prophets of the Tanakh spoke out against the injustices of the powerful. Thus “prophet” refers to anyone who speaks out against injustice. Emerging, as the Unitarians and the Universalists did, from the Jewish and Christian traditions, we share with many Catholic and Protestant churches the sense that a congregation has two essential functions: the pastoral function and the prophetic function. The pastoral function is the function of caretaking, caregiving. The prophetic function is to speak out against oppression, unfairness, and follow through with the organizing work of creating justice – to call the people to task for complacency, and point them the way toward healing the fabric of the social covenant rent by abuse of power and the complacency that allows it.

The pastoral and the prophetic functions are summed up when we say the church’s job is to comfort the afflicted and afflict the comfortable. Which are you? Comfortable? Or afflicted? Do you need some comforting or some prodding today? The thing is, we are, all of us, both afflicted AND comfortable. We are in some ways beset by troubles, and in other ways overly complacent. All of us.

When we talk about those “words and deeds of prophetic women and men which challenge us to confront powers and structures of oppression with justice, compassion, and the transforming power of love,” we’re talking about afflicting the comfortable.

What you might have noticed if you’ve read much from the books of the prophets is that they seem pretty angry. Is the prophetic voice always an angry voice?