Neither Repressing Nor Indulging 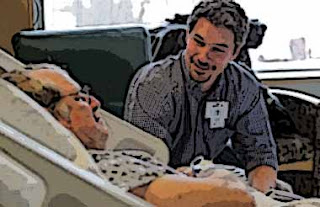 My preparation for professional ministry included a year of CPE (Clinical Pastoral Education) – working as a chaplain intern. Day after day I held the anguish of the hospitalized and their families – and was grilled by my supervisor to identify the feelings that were in me. You can’t walk the heart path with others if you can’t locate your own.

That same year I began meditating – on my own once a day, and meeting with a meditation group once a week. This path of spiritual discipline appealed to me instrinsically. I also had an extrinsic motivation: as a ministerial aspirant, I wanted to be able to say I had a spiritual practice. It’s a good thing I had the extra extrinsic motivation, because the meditation didn’t seem to be doing anything at first, and I’m not sure the intrinsic motivation alone would have been sufficient for me to stick with it. I’ve since learned that meditation does have a cumulative effect – it’s just very slow, at least for me.

I was working on self-awareness. What emotions were there? What images, what metaphorical narratives suggested themselves? These were questions my CPE supervisor and the fellow chaplain interns were pushing me over and over to look into. And it’s what I was also looking into in the stillness and the silence.

You see, spending time every day being quiet and still isn’t about turning the mind into a blank. It is about setting aside each thought as it comes up – so that you notice the next thought. It’s about developing the inner observer who sits at the hub of the wheel and is aware of the sensations, images, feelings, and thoughts that come up at the rim.

Without regular practice at that, the thoughts come up, and run our lives. We can either let them carry us along, or, if we don’t like them, we can suppress them – in which case, they pop up in unconscious ways. The practice is all about being with what comes up – as I learned to be with the patients in the hospital, and what they brought up – neither repressing nor indulging. Just watching. It is an awareness of being more awake to our lives – of awakening the senses and also compassion and conscience and vision.

Meditation is a safe method of awakening. Neuroanatomist Jill Bolte Taylor’s awakening came in a much riskier way: she had a stroke in the left hemisphere of her brain. Taylor’s stroke was unusual in that it shut down only the main functions of the left hemisphere and not other parts of the brain. The logical, linear, linguistic left brain generates the constant chatter of our mind’s inner commentary: I like this, I don’t like that, do this, I should do that, I wish they would do this – on and on. For Taylor, that chatter was suddenly turned off like a switch. In the silence, the awareness of right brain – an awareness which is always there but usually buried beneath the noise from left brain – came out the way that stars come out when the sun goes down. This is what she reported it felt like for her:


“There is no reality except the present moment – the eternal NOW – right here, right now. I am an energy being, connected to the energy all around us. We are energy beings connected to one another as one human family. Right here, right now, we are brothers and sisters on this planet, here to make the world a better place. And in this moment, we are perfect, we are whole, and we are beautiful. As soon as left hemisphere says, ‘I am,’ I become separate. With left hemisphere shut down, I could no longer define where I begin and end. I felt my spirit surrender, and knew I was not the choreographer of my life. My spirit soared free like a great whale gliding through a sea of silent euphoria. I had the thought, there’s no way I would ever be able to squeeze the enormity of myself back into this little body.”

Posted by Meredith Garmon at 19:00