Our moral attitudes are evolving all the time – in ways significant and subtle. I was noticing this the other night when I watched a couple episodes from the first season of the TV show, "Mad Men." (Yes, I'm a few years behind in my TV.) It's a show about Madison Avenue advertising executives in 1960. I found it striking to see the gender dynamics. All the important people are men, all the women are secretaries, and they are constantly, casually, and routinely subjected to what we today would call sexual harassment. It's clear that in that cultural context, the women's best option (or so they are made to believe) is to play the sexuality and sexual politics game skillfully, for none of the women even think of objecting. The possibility that a workplace could be different has not entered anyone’s mind, male or female, as of March 1960 when the first season opens.

Attitudes do change and shift. The "Mad Men" world existed within my lifetime, and in my native country. It is a world at once familiar and alien. What were they thinking?

Then there are the personal “What was I thinking?” moments -- the times in our own personal past when we can't understand what we ourselves thought we were doing. In the 1970s, I owned a leisure suit, and appeared in public wearing it. What was I thinking?

What will the elementary school children in the year 2100 look back on us, and wonder: "What were they thinking?" Is there any way to know? What is it that’s going on today that is largely accepted – there are voices raising objection but those voices are a clear minority – and that the future will wonder how we allowed that? 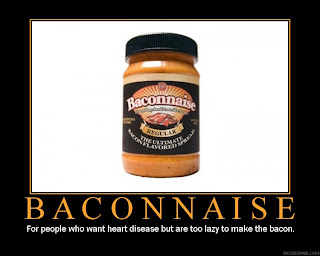 When the Washington Post asked readers this question, one person responded:

High-heeled shoes. “The ancient Chinese bound women’s feet because small feet were considered attractive. Are we much better?”

My own pet moral hope is that the people of 2100 will wonder how it is that we ever voted for any candidate that ran a TV commercial. Didn’t we know how expensive TV commercials were? Didn’t we know that any candidate with enough money to buy a commercial had to have raised that money by becoming beholden to the interests of wealthy contributors? Didn’t we see that any vote for any candidate who had TV commercials was condoning that corruption? And didn’t we have the internet for finding out about candidates? By the 21st century, we no longer lived in a world where political candidate advertising had any legitimate informative function. Every voter can go to each candidate's website, read about the candidate and watch videos. Then every voter can visit other websites for critical reviews of the character and policy proposals of each candidate, and can visit independent fact-checking websites to evaluate the factual claims. Why would intelligent and conscientious people ever vote for a candidate who brought the corrupting influence of money into their campaign by airing TV commercials?

Well, maybe I’m way off on that one.

Why did we let bankers and investment firms enrich themselves by billions of dollars by betting on their own failure? What are we thinking?

It’s well to remember, after all, that not all moral movements panned out. While the abolition movement became the new moral common sense, the temperance movement, which gave us a period of Prohibition of alcohol from 1920 to 1933, we now regard as misguided.

Movements to protect public decency by burning books or suppressing birth control also turned out not to be such a good idea.

So which movements will catch on, and which will come to be regarded as funny and quaint as a leisure suit? There’s no possible way to tell, right? It's easy to think that, "my own political and moral opinions are the correct ones," therefore, "the future will be a progressive story of more and more people figuring out what I already know." Is there any more objective way to assess what the moral shifts in the near future will be?

It turns out that there is.