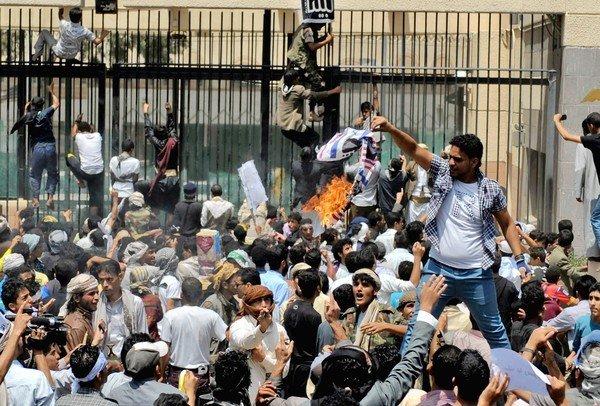 Westerners who have traveled to the mid-East sometimes see things there that leave them perplexed, shaking their heads. Others react that way from hearing the news out of the mid-East. “Why can’t they get along?” we wonder. Muslims, Christians, and Jews all believe in peace, all believe in treating others with kindness. What’s the problem?

Though the ethical codes of Jews, Christians, and Muslims overlap a great deal there are differences: the Jews have the extensive Levitical laws, Christian ethics draws on the Sermon on the Mount. Islamic ethics comes from the Quran and early Islamic jurists. There are differences in the kind of institutions they build: synagogues, churchs, and mosques have different expectations and assumptions and different governing structures. The doctrines are different: Jews and Moslems have no trinity doctrine, for example. They use different stories to explain and inspire. They observe different rituals and methods of practice.

Even so, we may well wonder: Why do these differences make such a difference? Why are they driving suicide car bombs at each other over whether or not one faces Mecca to pray, or wears a prayer shawl or yarmulke, or recites the Apostle’s creed?

It’s a question that calls for both an answer and a response.

The Lake Chalice answer goes like this. Humans evolved as tribal animals, and tribes were in competition with each other. Competition between tribes drove us toward formation of larger and better-united groups. In order for a large group to be cohesive enough to defend itself – or successfully attack neighbors – we needed moral rules to keep us in line. Selective pressure turned our ancestors into beings with a facility for moral rules. In addition, participating in group rituals together and reciting and listening to a group’s sacred stories psychologically reinforces commitment to the group and lets the group know you’re committed to them. The origin of religion is in those rituals and telling of sacred stories – and its function was to strengthen group cohesion. In other words, we have religion because we needed it for war. So there’s nothing surprising about the fact that an adaptation for succeeding in war plays a role in prompting us to go to war. Sharing rituals and stories together develops loyalty – a shared sense of “us.” Anyone who doesn’t share those rituals is “them” – a threat to “us.” It is religion, more fundamentally than anything else that generates the “us” and the “them” that is the basis of violent conflict.

Presented with this line of thought, one Lake Chalice reader wrote:


“I understand that religions were set up to create solidarity against attacks, but we are in a much different age now. Why are we still treating religion as a divider not a uniter? Why do I care that Ahmed is a Muslim and I am a Jew? Down deep, we are all the same. We all want to survive and to have our friends and families survive -- maybe even to have them all live a good life. Why can't the Palestinians and the Israelis live in peace? Is it the political leaders? The religious leaders? Where is the worldwide movement to say, ‘Can't we all just live together in peace?’”

Allow us to clarify. It’s not that “religions were set up” in any intentional way. Rather, the forces of natural selection weeded out those tribes whose members didn't have good solidarity. We’re in a different age now, but we have the same genes those tribal ancestors had. Natural selection has selected in us the genes to: (a) protect "us", and (b) identify "us" as the ones who share rituals and sacred stories with us. You would be inclined to care that Ahmed is a Muslim if you are a Jew because "Muslim" and "Jew" are the names of groups, and those groups are in competition -- just as groups/tribes/cities/nations have been throughout human history and prehistory.

There, Gentle Reader, you have the Lake Chalice answer to the question of inter-religious strife. This answer is, of course, unacceptable. Even Lake Chalice will say so (and just did). It's unacceptable because as long as the violence continues, no answer can be acceptable.

We need not an answer, but a response.

Posted by Meredith Garmon at 13:03