May not the space between heaven and earth be compared to a bellows?
'Tis emptied, yet it loses not its power;
'Tis moved again, and sends forth air the more.
Much speech to swift exhaustion lead we see;
Your inner being guard, and keep it free.


No matter how deeply natures are torn by opposition, Nature itself remains unchanged.
In conflicts between opposites, the more one attacks his seeming opponent (upon which he really depends for his completion), the more he defeats himself (and thereby demonstrates that only Nature, and not any opposite abstracted from existence is self-sufficient.)
So, likewise, no matter how much debaters argue, their argument proves nothing.
Things are what they are, regardless of how much we disagree about them. 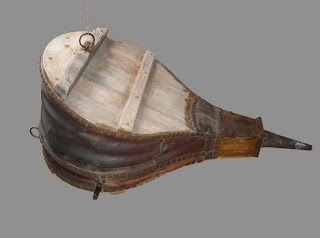 
The universe is like a bellows: empty, yet quite full. As it proceeds, it produces. Much talk, much exhaustion. Keep your thoughts within!


Is not the space between heaven and earth like a bellows?
It is empty without being exhausted:
The more it works the more comes out.
Much speech leads inevitably to silence.
Better to hold fast to the void.


The space between heaven and earth is like a bellows.
The shape changes but not the form;
The more it moves, the more it yields.
More words count less.
Hold fast to the center.


The sage retains tranquility, and is not by speech or thought disturbed,
and even less by action which is contrived.
His actions are spontaneous, as are his deeds towards his fellow men.
By this means he is empty of desire, and his energy is not drained from him.


The universe, like empty bellows,
Is ever giving forth;
The more it yields the greater the supply.
Who knows the meaning of all this?
To argue, to be overly concerned,
Is to exhaust one’s wits to no purpose.
Things are what they are regardless.
Better to let things be, to be still at the core of one’s being.


The Tao is like a bellows:
it is empty yet infinitely capable.
The more you use it, the more it produces;
the more you talk of it, the less you understand.
Hold on to the center.


The space between heaven and earth,
how like a bellows it is!
Empty but never exhausted,
The more it pumps, the more comes out.
Hearing too much leads to utter exhaustion;
Better to remain in the center.


The space between heaven and earth
isn't it like a bellows?
Empty, but not shrivelled up,
set it in motion and always more comes out.
Much talking, quickly exhausted.
It can't compare to watching over what is inside.


Nature is like a bellows,
Empty, yet never ceasing its supply.
The more it moves, the more it yields;
So the sage draws upon experience
And cannot be exhausted.


Heaven and earth
act as a bellows:
Empty yet structured,
it moves, inexhaustibly giving.


Lao Tzu said Tao is like a bellows:
It's empty,
but it could help set the world on fire.
If you keep using Tao, it works better.
If you keep talking about it,
it won't make any sense.
Be cool.


The space between the heavens and the earth –
Isn’t it just like a bellows!
Even though empty it is not vacuous.
Pump it and more and more comes out.
It is better to safeguard what you have within
Than to learn a great deal that so often goes nowhere.


Manifesting the Tao Eteranl,
The kosmic space is like a bellows.
Empty, yet inexhaustible.
The more one activates it, the more it generates.
Being full, too many words lead one nowhere;
Impartially, keep to the silent core of emptiness. 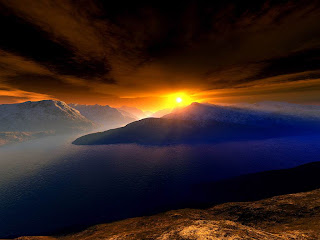 
Yet Heaven and Earth
And all the space between
Are like a bellows:
Empty but inexhaustible,
Always producing more.
Longwinded speech is exhausting
Better to stay centered.

Move! Get going. Empty yourself out. That is: (1) give everything you have, hold nothing back, bestow all that you have upon the world; and (2) become an emptied person, empty of desire and judgment.

We are afraid this will exhaust us. Way-making teaches that in the giving-forth motion, our power grows. But talking about it -- like this! -- that's what's really exhausting. Especially, excited or prolonged talking agitates the mind and makes us "full" rather than calm and empty.

Posted by Meredith Garmon at 16:05