The thirty spokes unite in the one nave; but it is on the empty space (for the axle), that the use of the wheel depends.
Clay is fashioned into vessels; but it is on their empty hollowness, that their use depends.


Every positive factor involves its negative or opposing factor; for example:
In order to turn a wheel, although thirty spokes must revolve, the axle must remain motionless; so both the moving and the non-moving are needed to produce revolution.
In order to mold a vase, although one must use clay, he must also provide a hollow space empty of clay; so both clay and the absence of clay are required to produce a vessel.


“Stillness, Emptiness”
Thirty spokes radiate,
United into a whool
By the stillness at the hub
Around which they revolve.
A bowl of clay
Cups an empty space
Waiting to be filled.
And thereby serves


We join spokes together in a wheel,
but it is the center hole
that makes the wagon move.
We shape clay into a pot,
but it is the emptiness inside
that holds whatever we want. 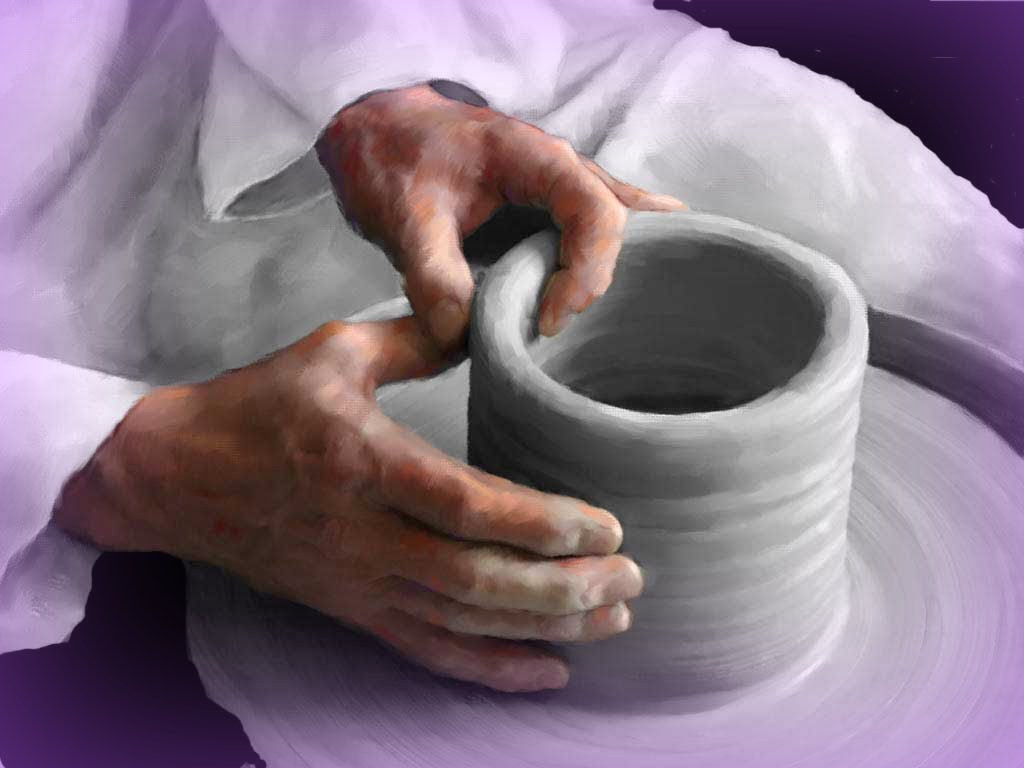 
A wheel has spokes,
but it rotates around a hollow center.
A pot is made out of clay or glass,
but you keep things in the empty space inside.

Posted by Meredith Garmon at 08:44