To Have All You Want, Want All You Have

Noticing our desires, holding them in the gaze of attention, often softens their grip. Many times, they simply vanish.

I had a friend once who discovered one day that she thought it would be really cool to own a hummer – one of those tank-like vehicles that were unaccountably popular for a while. After a week of dragging her friends around to showrooms to gaze lovingly at these beasts, some of those friends were able, gently, to muse with her about where that desire was coming from. When she carefully examined it, it just vanished. Not all our desires will do that – and we wouldn’t want them to – but some of them will, and those are the ones for which we are better off if they do vanish.

Gaining liberation from the desires that don’t make our life better takes some time, some effort, some work. In the end, though, it will take less time, effort, and work, than pouring our lives into the desire treadmill that never satisfies.

As the philosopher William Irvine argues:

So what do you want? Your first thought might be, like the James Earl Jones character in Field of Dreams, to start listing off your frustrations. Occasionally, you are able to relax into enjoying a simple pleasure: “Oh. A dog and a beer.”

There’s another desire in there – so often buried under the constant scream of various other day-to-day desire – and that’s why, I think, we’re here, whether we quite consciously know it or not. We probably understand, cognitively, that the path to happiness, well-being, contentment is not to get what we want but to want what we have. To really do that, though -- to want all and only what one has -- is a rare thing. To perceive sacred mystery in what we have right here, to catch a whiff of the holiness of life, helps us get to that place of wanting just what we have.

Maybe you’re a single mom who had a particularly frazzled week. Your child had a sore throat this week, which made you late for work, where the boss scolded you, and you were so grumpy you started an argument with a secretary. Now it's the evening or weekend and you've found a few moments taking a look at Lake Chalice, maybe hoping for some tips or strategies for holding together the competing demands on your life. Or maybe you seek some spiritual entertainment to distract you from the insanity of your week. 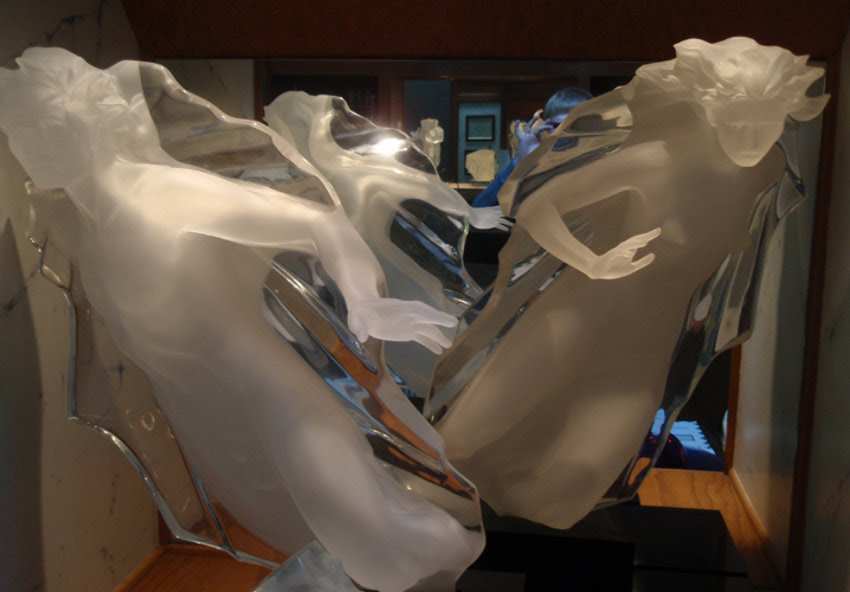 What Lake Chalice would like to offer you, at the end of this five-part ramble through the terrain of human desire, is that life is shot through with sacred mystery. You might not be accustomed to hearing that your frazzled days of rush and frustration are holy, just as they are.

Standing in the place of wonder, of love for just what is, a new and peaceful strength comes to us. Desires arise, then, and do not so instantly seize control, but await our assessment: Is that really going to make my life better? If so, OK. If not, let’s put that one on hold. To open to the presence of holiness all around us is our quietest, greatest, most important yet most easily ignored, desire.

Posted by Meredith Garmon at 07:16

Email ThisBlogThis!Share to TwitterShare to FacebookShare to Pinterest
Labels: Desire