Out from Under Over and Above

The part of our brain wired for what can be called “spiritual experience,” gives us a sense of our place in the web of life and the web of existence. Some religio-cultural traditions – like the historical Western religions – interpreted that feeling of place, of belonging, as meaning that we humans were on top: that we have dominion, are top dog, and all of nature is a bounty just for us. Genesis, chapter 1, tells us: 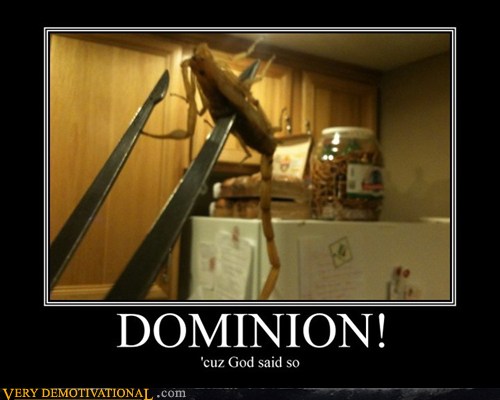 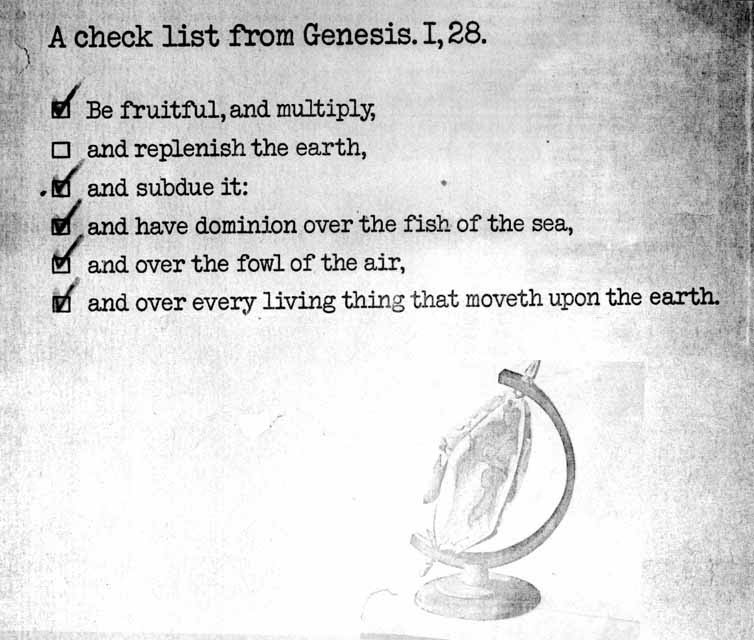 Darwin alone does not dislodge this habit of thinking of the human species as properly dominating all other species. Early Darwinists – and some people to this day who have no doubt about evolution as a force of nature – see evolution as aiming all along at producing humans.

(While evolution does tend toward complexity, it does not tend toward the human form of it. Moreover, it’s not clear how to measure complexity. For instance, while humans have the biggest brain-volume-to-body-mass ratio, dolphin brains have about as many total neurons and 40 percent more cerebral cortex than humans, part of which allows them to process sounds, as well as make sounds, much faster and in more detail than we can, so they can send and receive three-dimensional audio “images.” So are dolphins "more complex"? Hard to say. But whether humans count as the most complex kid on the block today, nothing’s to say that we – and the dolphins -- won’t, in the end, be surpassed by an even more complex species emerging from, say, descendents of the African gray parrot.)

On the one hand, we didn’t used to know that our lives are totally dependent upon bacteria – comparatively simple organisms. On the other hand, spiritual experience has always included a sense of humility. Given our ancient capacities and our recent knowledge, we can now say it is a good spiritual practice to remind ourselves that we are totally dependent upon bacteria for our very lives and sustenance. Knowledge gleaned from modern science is available to take on spiritual significance, if we let it.

Other religio-cultural traditions – like many Native American ones – interpreted our sense of place and belonging in nonhierarchical terms to begin with. For us westerners, modern science is at last correcting one particular mistake that certain nonwestern peoples never made. For westerners, it takes science, it seems, to help us understand that we are enmeshed in the web of life, and this web created us and sustains us. We have our role to play – just as every species does – in maintaining that web. In the web of interconnection, there truly is no "top," and no relation of "dominion."

Yet these teachings of science have not yet been very well or widely learned. In our culture, an inaccurate account of the self continues. We continue to find emphasis on a picture of


“the personal self in competition with and in opposition to nature. But if we destroy our environment, we are destroying what is in fact our larger self.” (Freya Matthews)

For modern westerners, the emergence of ecospirituality today is bringing together (a) our ancient and universal human capacity for spiritual response to the natural world around us, and (b) the descriptions of that nature only recently available to us through our science. This emergence, however, remains nascent for us. We are only beginning to come out from under the shadow of long cultural assumptions that the relationship between humans and the rest of nature is one of opposition and dominion or the attempt to dominate.

Posted by Meredith Garmon at 04:04