The Engine and the Steering Wheel 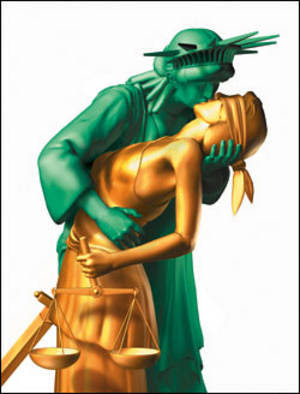 Seven principles for loving and lusting in a healthy and fair way have been developed by a Sisters of Mercy Nun, Margaret Farley. (Portions below in quotes are from Margaret Farley, Just Love: A Framework for Christian Sexual Ethics, 2008.)

1. Do No Unjust Harm

Harm can take many forms: “physical, psychological, spiritual, relational. It can also take the form of failure to support, to assist, to care for, to honor.” Lust tugs us toward situations in which either we or our partner are likely to be uniquely tender and vulnerable. Our values tell us to pay acute attention to the risks of harm.

Justice requires autonomy, and without free consent, there is no autonomy. Seduction or manipulation of persons who have limited capacity for choice because of immaturity, special dependency, or loss of ordinary power violates free consent. Promise-keeping and truth-telling are also aspects of honoring free consent, since betrayal and deception limit the free choice of the other person.

The partners bring roughly equal levels of power and autonomy to the relationship. Inequalities of power may come from differences in social and economic status, or differences in age and maturity. Teachers and their students have an inherent power inequality, as do counselors and their clients, ministers and their parishioners. The principle of equality also “rules out treating a partner as property, a commodity, or an element in market exchange.”

A one-night stand “cannot mediate the kind of union -- of knowing and being known, loving and being loved -- for which human relationality offers the potential.” Nevertheless, a brief encounter may be morally justifiable as long as it includes two commitments: to each of the preceeding principles, and to openness to the possibility that the encounter may lead to long-term relationship.

The relationship should bear fruit in some way. Traditionally, the fruit of love is procreation. Making babies is one way to be fruitful and keep the relationship from closing in on itself. There are other ways. The point is that love brings new life to those who love, and that new life should bless the world, not just the lovers. Thus is love fruitful and for the good of all.

Here the invitation is to understand your own intimate relationship within the context of social justice, which requires that all people’s romantic and intimate relationships be honored and respected. “Whether persons are single or married, gay or straight, bisexual or ambiguously gendered, old or young, abled or challenged in the ordinary forms of sexual expression, they have claims to respect from...[faith] communit[ies] as well as the wider society. These are claims to freedom from unjust harm, equal protection under the law, an equitable share in the goods and services available to others, and freedom of choice in their sexual lives -- within the limits of” these principles. 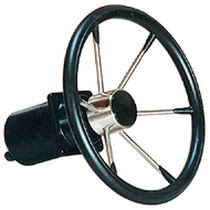 So, you see, Plato, it’s not that there’s a good horse and a bad horse – as if our job were to suppress and quell the bad horse as much as we can so that the good horse can take us down the noble road. Rather, there’s an engine and a steering wheel. The steering wheel doesn't make the engine go, and doesn't turn it on or off. We ain’t going anywhere without the engine. Gotta love the engine, take care of it, maintain it. When it makes strange noises, figure out what’s wrong and get it fixed. We need that engine.

We also have a steering wheel. We don’t have a lot of control, and the glory of life is this amazing ride, most of which we don’t choose. But we do have some control. We can steer, kinda. Lust is a blessing. With thoughtfulness we can make good choices about what to do with that blessing.

Posted by Meredith Garmon at 09:57