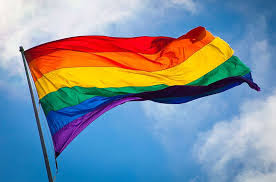 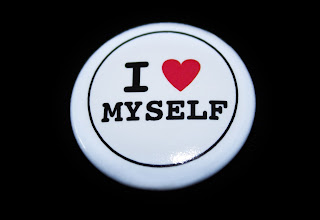 On the one hand, pride can be a necessary antidote to a history of shaming. Hence, if you hear about "Pride Month" or a "Pride Parade," you'd probably guess that the event celebrates things LGBTQI. There has indeed been a long history of shaming LGBTQI folk, and it's good for us to understand that every one of us has much ground for being proud of who we are as anyone else.

On the other hand, pride is one of the traditional seven deadly sins. Pride can be a problem for ourselves and for others.

In a delightful book called The Clown in the Belfry, Frederick Buechner (b. 1926), American essayist, novelist, and theologian wrote:


“Pride is self-love....Another way of saying Love your neighbor as yourself is to say Love yourself as your neighbor. That doesn't mean your pulse is supposed to quicken every time you look in the mirror any more than it's supposed to quicken every time your neighbor passes the window. It means simply that the ability to work for your own good despite all the less than admirable things you know about yourself is closely related to the ability to work for your neighbor's good despite all the less than admirable things you know about him. It also means that just as in this sense love of self and love of neighbor go hand in hand, so do dislike of self and dislike of neighbor. For example (a) the more I dislike my neighbor, the more I'm apt to dislike myself for disliking him and him for making me dislike myself and so on, and (b) I am continually tempted to take out on my neighbor the dislike I feel for myself, just the way if I crack my head on a low door I'm very apt to kick the first cat, child, or chair unlucky enough to catch my bloodshot eye. Self-love or pride is a sin when, instead of leading you to share with others the self you love, it leads you to keep your self in perpetual safe-deposit. You not only don't accrue any interest that way but become less and less interesting every day.”

In short, it takes a certain amount of self-love to take the risk of connecting and to stay out of "safe-deposit." It required a little pride for the LGBTQI movement in 1969 to begin resisting the forces of shame. Children today won't know about the events of that June, 44 years ago.

Early on a Saturday morning in 1969 June, lesbian, gay, bisexual, transgender and questioning persons rioted following a police raid on the Stonewall Inn, a gay bar in New York City. The Stonewall riots were a watershed in the LGBT rights movement, and the impetus for LGBT pride marches that now occur around the world, celebrating June as Pride month, in commemoration of Stonewall.

The first Gay pride marches occurred in 1970 June, on the first anniversary of the Stonewall riots. There was a parade that year in New York, and on the same weekend marches in Los Angeles and Chicago, and a “Gay-in” in San Francisco.

President Obama, in 2009, '10, '11, and '12, has declared June Lesbian, Gay, Bisexual, and Transgender Pride month. In Gainesville, Florida, the annual pride parade is in October. Maybe it’s just too hot to march in June – or there aren’t enough students around. For most of the rest of the world, Pride Month is June.

Our little ones will not know this history. When today's toddlers are adults, they may not remember that there was a day when your gender and the gender of the person you wanted to marry had to be opposite before you could get married. We will have to tell them about that. With any luck, they’ll have a hard time getting it. They won’t see what the big deal is about Stonewall, because they will be able to take equality for granted.

Posted by Meredith Garmon at 12:49