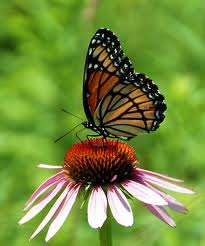 Each one of the seven deadly sins – greed, anger, gluttony, sloth, pride, envy, and lust – contains a virtue as well as a possible vice. In lust, the virtue is that it impels us to risk setting aside our usual defenses and entering into connection – entering into the most radical mutuality.

While there is much about this that is voluntary, and mutual consent is crucial to the enterprise, there is also a significant role for the involuntary – for the delight we take in evoking from each other involuntary bodily responses. In the merger -- the envelopment and penetration -- there is a depth of surrender, a surrendering of rational will and separate identity, and thus a liberation from the tyranny of our separateness with its calculated self-protection.

The experience reveals, manifests, a spiritual possibility, to which we might be so present that it penetrates and envelopes us. We might learn to encounter each moment of our living with something like that ecstasy of merger – a continuous unfolding lovemaking with reality. The poet Kabir calls it making love with the divine.


“If you don't break your ropes while you're alive,
do you think ghosts will do it after?
What is found now is found then.
If you find nothing now,
you will simply end up with an apartment in the City of Death.
And if you make love with the divine now,
in the next life you will have the face of satisfied desire.
Then plunge into the Truth.”

There is this spiritual possibility, growing from lust, for radical mutuality. Certainly there is a blessing there. Yet there are also problems and risks. We can make love with the divine or screw with the devil.

Evolution made us get hungry when we haven’t eaten for a while. Evolution did not, as it were, “have in mind” the development of fettuccine alfredo, sweet potato and walnut burritos, or Americanized panAsian cuisine. We humans did that. Evolution gave us two basic facts: we like to eat, and, while our tastes are variable and trainable, in general we are especially attracted to foods that have the nutrients in which our ancient ancestors were otherwise likely to be deficient. We take those two facts, and we’re making the best of them. Only, sometimes we’re also making the worst of them: fast food, junk food, excessive intake of the sugars, fats, and salt that once were precious and hard to come by.

Evolution also made us with a desire to mate. Evolution did not, as it were “have in mind” the development of the positions and techniques depicted in the Kama Sutra or The Joy of Sex. We humans did that. Evolution gave us two basic facts: we like sex and, while our tastes are variable and trainable, in general we are especially attracted to young and healthy partners who are more likely to produce healthy children and protect and provide for said children. We take those two facts, and we’re making the best of them. Only, sometimes we’re also making the worst of them. Evolution gave us lust, which we can use as the energy that brings love into its most magnificent flower. But we can also misuse.

Posted by Meredith Garmon at 05:13