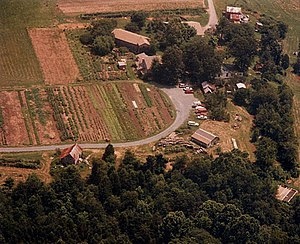 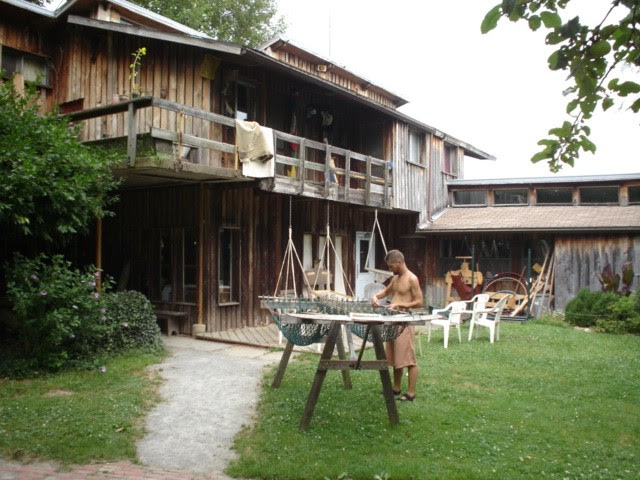 The Twin Oaks Community -- a commune in Louisa, Virginia -- started in 1967 with just eight people and a 123-acre farm. They were adherents of behaviorist principles and enthused about B.F. Skinner's 1948 novel, Walden Two. They were also mostly broke. The commune struggled on the edge of extinction for two and half years: the communally-owned cars sometimes sat inoperable for lack of money for parts; meals were often vegetarian not by choice but by insufficient production or money for meat; people slept in the lofts of the barn -- under a dozen blankets in the winter.

They had conflicts, and a lot of turn-over – but the good thing about the turn-over was that the new members didn’t have any of the grudges or sore spots from the past conflicts.

Gradually, they worked out a workable system. They learned how to farm, how to build buildings, how to fix cars and refrigerators and all the various farm equipment. They learned how to make hammocks almost right away, and hammock sales to this day are a major source of the income they need for the things they can’t produce themselves. They’ve added land over the years and are now up to 465 acres now with 25 buildings and 30 cow. They’re up to 100 members now, according to their web site: 85 adults and 15 children, and that’s their capacity.

They’ve had a constant flow of curious visitors starting day 1, and still do. After doing a three-week visit, you can apply to join. Your application will be voted on by the whole membership, and, if approved, you’re added to a waiting list. The turnover is still such that it’s rare for it to take more than six months for an approved applicant to come on board.

They’ve worked out systems for smoothly integrating the new folks. They have a million dollars in the bank now – one bank account for 100 people. They have a fleet of 18 cars, trucks, and vans communally owned. Some of the cars have a bumper sticker that says, "My other car isn't mine either."

Twin Oaks produces a significant portion of its own food. The members have decided not to have TV – which is too heavy on the messages of violence and commercial consumption – though they do have computers: about 15 public ones and a number of private ones people keep in their own rooms – that’s allowed. Private property you bring with you when you join can stay just yours if you keep it in your room, and every member does get co’s own room. (“Co” is what they say instead of “his or her”.) So you can have your own personal clothes, but you don't have to: there’s also a communal clothes supply where anybody can pick out any item they want to wear for a while then return it to the communal laundry. Other assets you might own when you join remains still yours unless you decide to donate them. The assets are simply frozen during the length of your membership.

In the early years Twin Oaks emphasized noncompetitiveness. One of their newsletters from the early ‘70s relates that a ping-pong table had been donated, and that the members now played noncompetitive ping-pong. When I read that as teenager, I thought, "Right on. What’s wrong with the world is that it’s just so competitive!" Today, that just seems silly to me. There’s a lot of suffering in this weary world, but it doesn’t come from people keeping score at recreational games.

Twin Oaks still emphasizes cooperation, of course, but when they play games, it’s OK to try to win. “Noncompetitive” isn’t such a key concept any more. Nor do they any longer characterize themselves as a behaviorist community. They aren’t trying to realize Skinner’s vision – and haven’t for decades. New concepts that have become central to who they are include ecovillage and sustainable. Still, it’s remarkable how basically similar they are to 40 years ago.

Posted by Meredith Garmon at 07:20

Email ThisBlogThis!Share to TwitterShare to FacebookShare to Pinterest
Labels: Where Did Nowhere Go?