The Weakness Is the Strength

Your gift – and thus also the shadow that makes the gift possible – is a mixture of chosen and unchosen. In some ways you don’t choose your gift, it chooses you. You don’t decide it, you discover it. In other ways, though, it is up to you nurture it, to live into your particular power.

So the first point is that the shadow isn’t an unfortunate, if forgivable, shortcoming. The shadow is the necessary enabling condition of the gift.

Now let’s go a little further with that. Lake Chalice would like to explore some ways in which the shadow is not merely what makes the gift possible, but actually is the gift itself. Our broken-ness is itself the very thing that is our strength. That’s the paradoxical truth: the weakness is the strength.

Here’s a story to illustrate. It’s a story of a young man who lost his leg – his leg had to be removed at the hip to save him from bone cancer. Rachel Remen is an M.D. and now Clinical Professor of Family and Community Medicine at the University of California San Francisco School of Medicine. She’s a pioneer in the mind/body holistic health movement and sees the practice of medicine as a spiritual path. This young man was one of Dr. Remen’s patients. She writes:


“He was twenty-four years old when I started working with him and he was a very angry man with a lot of bitterness. He felt a deep sense of injustice and a very deep hatred for all well people, because it seemed so unfair to him that he had suffered this terrible loss so early in life. Over the course of more than two years, slowly a profound shift began. He came to look beyond himself, to reach out to others who had suffered severe physical losses, to make visits. Once he visited a young woman who was almost his own age. It was a hot day in California. He was in running shorts, and his artificial leg showed as he entered her hospital room. The young woman had lost both her breasts to cancer. And she was so depressed that she would not even look at him. The nurses had left a radio playing, so, to get her attention, he unstrapped his leg, and began dancing around the room on one leg, snapping his fingers to the music.
She looked at him in amazement, and then burst out laughing and said, 'Man, if you can dance, I can sing.'” (Remen) 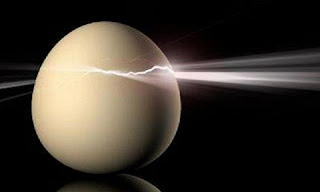 “We sat down to review our work together. He talked about what was significant to him and then I shared what was significant in our process. As we were reviewing our two years of work together, I opened his file and there discovered several drawings he had made early on. I handed them to him.
He looked at them and said, ‘Oh, look at this.’ He showed me one of his earliest drawings. I had suggested to him that he draw a picture of his body. He had drawn a picture of a vase, and running through the vase was a deep black crack. This was the image of his body and he had taken a black crayon and had drawn the crack over and over again. He was grinding his teach with rage at the time. It was very, very painful because it seemed to him that this vase could never function as a vase again. It could never hold water. Now, several years later, he came to this picture and looked at it and said, ‘Oh, this one isn’t finished.’
And I said, extending the box of crayons, ‘Why don’t you finish it?’
He picked a yellow crayon and putting his finger on the crack, he said, ‘You see, here – where it is broken – this is where the light comes through. And with the yellow crayon he drew light streaming through the crack in his body.” (Remen)

That man’s one-leggedness became the way that he was able to shine in this world.

Posted by Meredith Garmon at 12:15