If no distinctions of superiority and inferiority prevail among officers, they will devote themselves to their tasks rather than to rivalries with one another.
If no special value is placed upon rare things, one will have no incentive for stealing them.
If nothing appears to arouse envy, one will remain satisfied with things as they are.


Not exalting the gifted prevents quarreling.
Not collecting treasures prevents stealing.
Not seeing desirable things prevents confusion of the heart.


“Without Seeking Acclaim”
By retaining his humility, the talented person who is also wise, reduces rivalry.
The person who possesses many things but does not boast of his possessions,
reduces temptation, and reduces stealing.
Those who are jealous of the skills or things possessed by others,
most easily themselves become possessed by envy.
Satisfied with his possessions, the sage eliminates the need to steal;
at one with the Tao, he remains free of envy,
and has no need of titles.
By being supple, he retains his energy.
He minimizes his desires, and does not train himself in guile, nor subtle words of praise.
By not contriving he retains the harmony of his inner world,
and so remains at peace within himself.


“Simplicity”
In government let the aim be
Simplicity:
Less envious rivalry
For place and reward;
Less conniving and scheming
For things falsely valued;
Less over-stimulation of desire
Through noise, glitter and display.


“Without Action”
Not praising the worthy prevents contention,
Not esteeming the valuable prevents theft,
Not displaying the beautiful prevents desire.


“Hushing”
Not praising the praiseworthy keeps people uncompetitive.
Not prizing rare treasures keeps people from stealing.
Not looking at the desirable keeps the mind quiet.


If you toss compliments around freely,
people will waste your time
trying to impress you.
If you give things too much value,
you're going to get ripped off.
If you try to please people,
you'll just make them pissed.


Don’t glorify heroes,
And people will not contend.
Don’t treasure rare objects,
And no one will steal.
Don’t display what people desire,
And their hearts will not be disturbed. 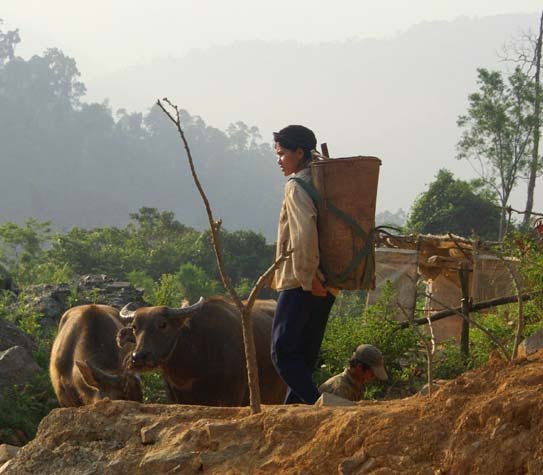 Are we talking about not glorifying certain others -- leaders, the talented, heroes, whom we would be tempted to glorify? Or are we talking about not glorifying ourselves? It's easy to say, "both," but which is it that the text is actually emphasizing? In MacHoven and Rosenthal, the text seems to be speaking directly to the talented leader and recommending humility. In all the others, the text is talking to the government, or us, and recommending not exalting these others who happen to have talents. When it comes to humility, the Western approach has been to counsel development of this virtue in ourselves (no, really, it does; I know there's a lot in U.S. culture that encourages self-promotion, but the West also has a long and deep strain of encouragement to humility), while giving praise and recognition to others. In the Dao De Jing, we encounter a voice saying, don't reward or praise anyone. Let there be no distinctions of rank or status. What, none? Is this sort of equality possible?

In my days of green and rabid idealism -- the days when I first discovered the Dao De Jing -- I said yes, complete equality is possible. In freshman anthropology class, I argued with the professor who said that only in cultures at subsistence is there equality, that surplus is always unequally distributed. All the evidence was on his side, all the unrealistic hope on mine. Yet here is our clue: surplus. In the way of the Dao, there is no surplus.
* * *
Next: Saturdao 6.
Previous: Saturdao 4.
Beginning: Saturdao 1.

Posted by Meredith Garmon at 07:17