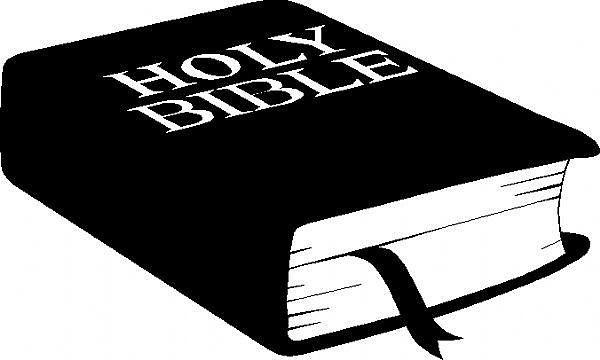 If we’re going to connect with those whose religious opinions we do not share – as opposed to settling into splendid isolation among ourselves, speaking only within our echo chamber (where our own opinions are sure to be re-echoed back to us) – then we will need to be Biblically literate, familiar with the Christian stories and able to use them to illustrate what we want to say.

(Yes, I know that Biblical literacy in the US at large is pretty low. As a column in Christianity Today, put it: “Americans love their Bibles. So much so that they keep them in pristine, unopened condition.” Apparently only half of US adults can name even one of the four gospels. Fewer than half can correctly identify the first book of the Bible as Genesis. Maybe the reason that some folks are pushing to have the 10 commandments posted in public places is that they don’t know what the Ten Commandments are, nor are they able to locate them in a Bible, so if we don’t post them in public places, how can these folks find out what they are? Maybe they’re not trying to push their morality on the rest of us, they’re just curious! Nevertheless, even in a culture that might like to think of itself as Christian but doesn’t know its own scripture very well, the stories of Jesus can function as an entré, a way of establishing the impression of a common ground, the beginnings of respect and connection.)

So, let Unitarian Universalists not be shy about knowing and referencing gospel stories. Like Easter. There are four Easter stories – a different one in each of the four gospels (Matthew, Mark, Luke, and John – just in case, like most Americans, you don’t know the names of the gospels). Jesus, a charismatic teacher and healer was executed by crucifixion on a Friday. By the time his body was brought down from the cross it was late in the afternoon – with Sabbath beginning at sundown. Since there’s no burying allowed on Sabbath, his body was placed in a temporary tomb, a cave, until it could be buried on Sunday. Mary Magdalene, either alone or with other women, went to the tomb carrying spices to prepare the body for burial. At that point the four stories become quite different. (Lake Chalice explored those differences last year: see here.)

If we are interested in historically what actually happened, we don’t have much to go on. In one of the gospels, there’s a tantalizing clue. Matthew says that some of Jerusalem's rulers caught wind of the news that Jesus' body had gone missing, and these leaders then concocted a story that some of Jesus’ followers came in the middle of the night and took the body away. The leaders, says Matthew, bribed the guards to affirm, “His disciples came by night and stole him away while we were asleep” (28:13). So maybe some disciples really did come by night and steal away the body. Maybe Matthew was trying to discredit the guards’ inconvenient testimony by saying the guards had been bribed to lie.

But historical accuracy is not the point. It doesn’t matter. The point is that each of the four different stories – whether they are history or fiction -- have something to tell us about loss and death. The dead are with us. Those who are gone continue to live in memory, where they are not merely stored but also grow and change, for every time the brain recalls a memory, the memory is changed through association with the situation in which it is recalled. Those who are gone from us are not merely entombed in memory, they are actually growing and changing there – living, we can say.

Posted by Meredith Garmon at 20:52

Email ThisBlogThis!Share to TwitterShare to FacebookShare to Pinterest
Labels: Jesus Zombies and the Half-Way House of Reason