The valley spirit dies not, aye the same;
The female mystery thus do we name.
Its gate, from which at first they issued forth,
Is called the root from which grew heaven and earth.
Long and unbroken does its power remain,
Used gently, and without the touch of pain.


The concept of Yin is ever present. It is the Mystic Female from whom the heavens and the earth originate.
Constantly, continuously, enduring always.
Use her!


The valley spirit never dies;
It is the woman, primal mother.
Her gateway is the root of heaven and earth.
It is like a veil barely seen.
Use it; it will never fail.


Like the sheltered, fertile valley, the meditative mind is still, yet retains its energy.
Since both energy and stillness, of themselves, do not have form,
it is not through the senses that they may be found,
nor understood by intellect alone, although, in nature, both abound.
In the meditative state, the mind ceases to differentiate between existences,
and that which may or may not be.
It leaves them well alone, for they exist,
not differentiated, but as one,
within the meditative mind.


“The Mother”
The deathless valley
Of the Abyss is yin,
The Mystic Mother of all.
At the door of yin,
The Mystic Female,
Is the threshold of earth and heaven.
This is the ever-renewing
Source upon which men may draw:
The more they take, the more is given.


The Tao is called the Great Mother:
empty yet inexhaustible,
it gives birth to infinite worlds.
It is always present within you.
You can use it any way you want.


“Experience”
Experience is a riverbed,
Its source hidden, forever flowing:
Its entrance, the root of the world,
The Way moves within it:
Draw upon it; it will not run dry. 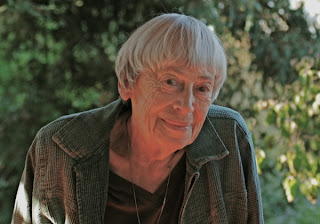 
“What is complete”
The valley spirit never dies.
Call it the mystery, the woman.
The mystery,
the Door of the Woman
is the root
of earth and heaven.
Forever this endures, forever.
And all its uses are easy.


Tao is an eternal mystery,
and everything starts with Tao.
Everybody has Tao in them.
They just have to use it.

You have Dao within you, Valley Spirit, whether you are male or female. This Dao is here described by analogy to the female: an emptiness that births, that nurtures and creates. Dao is immortal, deathless -- it can't be exhausted because it is always empty. It's also the same in everyone. You are the distinctive, unique person you are through the uses to which you put the Dao that is common to all beings.

What do you make of Bahm's "opposition" as the name for the fecund vacuum?

Posted by Meredith Garmon at 20:02