To god is to unfold, like an infinite flower opening its petals; to develop through a process of interaction with all the rest of the godding universe. To god is to become transparent to the creativity of the universe shining through you. To god is to fandango across the ballroom of oneness, to trip the light fantastic not “with” but “as” the mountains and rivers and great wide earth, the sun, and the moon, and the stars. To god is, in the words of Sufi poet Hafiz, to “laugh at the word two.” It is to swim, fully awake, in the sea of mystery. To god is to quaff from the cup of abundance. It is to lose all sense of yourself as a separate being in a creative project, or the creative encounter, in total freedom, with each moment. To god is to suffice. Whoever you are, whatever your imagined shortcomings, you are enough. To god is to do and be everything that you do and are. 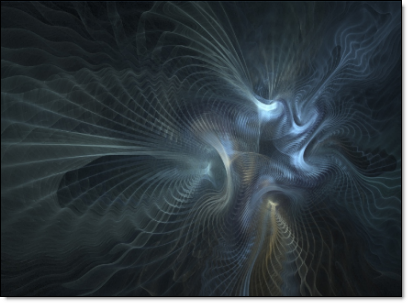 Why would anyone want to call these activities "godding"? We might call them godding to help us remember, to help us wake up to, and attune ourselves to, the fact that everything we do and are is a part of the whole, a part of the dance, the mystery of creativity, the unpredictable unfolding of new things under the sun.

Remembering that “spiritual” comes from the word for “breath” (the "spir" in “spirit” is same "spir" that’s in “re-spir-ation”), we can see that to god is to breathe. To god is to participate, as we constantly must, in the continual flow of change of in-breath and out-breath.

For the medievals, to apprehend reality at its most ultimate meant to conceive of changeless eternity. Above this world of corruption and change, God was pure, immutable, outside of time. To think of God as an active verb is to emphasize the time during which the actions take place. It is to put God in time, rather than removed from time. It is to perceive the holy in change, rather than imagine it in changelessness. It calls attention to divinity as spread throughout all of nature, as manifested by the activities of nature.

Verb theology emerged in response to 20th-century advances in the sciences. Those advances took us beyond Isaac Newton’s physics, in which the material of the universe was “atoms and the void”: discrete particles bouncing off each other and attracted by gravity. For Newton, reality was dumb substance. The theological response to Newton was Deism: God was the agent that created matter, put it together, and set the whole vast watchworks to ticking. Today, however, physicists understand


“that reality at the most fundamental level is composed of shimmering waves of probability, fluctuating, intertwining matter and energy.” (Steven Phinney)

A process reality called for a process sense of the holy. Insights from the New Physics were reinforced by understandings in the biological sciences since Darwin. Instead of saying species just are, biologists now understand species as in flux – as media, we might say, for the playing out of unpredictable creativity. God the verb is a response to these developments in both physics and biology.

dynamic, seething, active
web of love poured out,
given, received, exchanged,
one God in vibrant community

always on the move,
slipping through our fingers,
blowing through the nets we cast
to hold and name,
confine to nouns, to labels,
freezeframe stasis,
pinned like a butterfly,
solid, cold, controlled, lifeless.

'I am who I am,
I will be who I will be' -
not pinned down by names, labels,
buildings, traditions,
or even by nails to wood:

I am: a verb, not a noun,
living, free, exuberant,
always on the move.

Posted by Meredith Garmon at 06:49