Having Everything You Want 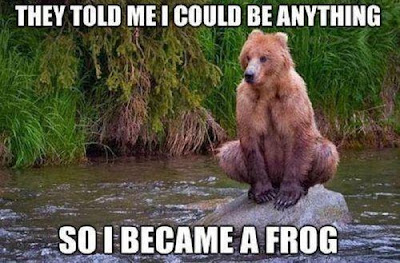 Once upon a time, back in the days when I was a philosophy professor, one day one of my students came to see me. I had discerned from our prior contacts that he was a young man who wanted the finer things in life: he wanted a big house, fast car, tailored clothes -- the trappings of status and comfort. He came to me because he was concerned about how he would get these things. He wasn’t quite seeing how being a philosophy major, as he was, squared with his material ambitions.

I said to him, “I know a way that you can have everything you want.”

“How?” he wanted to know. He was looking straight at me, fully focused on my every nuance. I don't think he ever gave me that level of attention in class – but right at that moment he was ready to believe philosophers really had discovered the arcane secret guaranteed to bring success and wealth – and that he was about to receive this secret. The dues he had put in – all the hours reading Plato and Descartes – well, the minutes, anyway -- were about to yield their ultimate reward.

“The way to have everything you want,” I said, “Is to want only what you have.”

He didn’t buy it. The expression on face indicated that he was, in fact, abjectly disappointed with my answer. He looked as though he thought he'd fallen for some stupid trick, and couldn't decide if he was more disgusted at me for pulling this dumb hoax on him, or at himself for falling into it.

It's no trick, no hoax. It's a simple truth. To have all you want, want what you have.

There are two ways to arrive at a state of affairs in which what you have and what you want match. One way is to make a list of all the things that you want, and then set about doing whatever it takes to acquire everything on that list. Work on bringing the “have” bar up until it meets the “want” bar. The other way for “want” and “have” to match is lower the “want” bar until it meets the “have” bar.

Which strategy will work best?

The first strategy is doomed to failure. You'll never have enough. Long before you ever acquire every item on your list, you have added more things to your list. The “want” bar will always keep rising, staying ahead of the “have” bar. The second strategy, at first, may not look so hot either. How does one decide not to want stuff? Even if one has come to believe that wanting only what one has, letting go of desires for more, does conduce to happiness, can one simply decide to stop wanting?


“I’ve decided to be happy because it is good for my health.”

What sort of “decision” is this? And if it’s just a matter of deciding, why hasn’t everyone decided to be happy?

The instant that it takes to say, “I now hereby decide to be happy” probably isn’t enough. It takes a little bit longer to psyche oneself into a good mood -- and even then, the effects tend to fade away in a few hours, even under good conditions. What's a body to do? If Thomas Jefferson was right that "pursuit of happiness" is an unalienable right, then what exercise of that right is worthwhile?

Posted by Meredith Garmon at 11:23