There is no other life.
We can say it’s a truism.

There is no other life.
We can stylize it and trivialize it.
We can say “man” at the end of it, and make it into a parody of Beatniks: 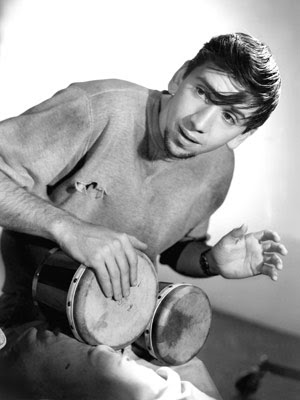 
“There is no other life, man”

Maynard might have said,
And the laugh track would have told us
Because we wouldn’t otherwise have been sure
That it was funny.
There is no other life.

We have heard that cannabis can make one feel creative and profound
When one is saying things that are trite, quotidian, unremarkable.

But we:
We are aloof from that, that “scene.”
We know that’s not heavy at all.
We know that’s just some ridiculous Maynard G. Krebs beatnik
Induced, by a couple tokes, to make some silly unimportant irrelevant remark
Seem all deep and important.

There is no other life.
How many layers have been thrown up to protect us from that truth?
Bundle it as humor.
Bundle it as something we’d have to be high to say.
Bundle it as a cultural phase from more than half-a-century ago, something America had for a few years, but got over, like the flu.
We have learned to say “been there, done that”
As if everything in the whole possible conceivable world was worth paying attention to exactly once and never again.
As if we needed a bucket list of things to do before we died because life could somehow be more thrilling than it is right now.
As if the measure of a life were the length of the list of things done once, rather than the oneness of things done over and over, 10 years, 20 years, 30 years, until they shine with iridescent beauty and grow fresher with each repetition.
There is no other life.

Look around.
There is no other life.
Man.

Posted by Meredith Garmon at 14:10