Macaroons or a Frontal Lobe?

The Person You Work For: Your Future Self Unlike Mr. Possum, here, I'm betting you've got some self-restraint. You may think you don't have much, but as the animal kingdom goes, humans have a lot. Is that a good thing? Part of you, I imagine, would like to dispense with all that self-restraint and eat so much you couldn't move. This part of you imagines that, in defiance of your self-restraining part, you would "regret nothing."

The fact is, you spend a large part of your life and energy on behalf of someone else: the future self that you will become. Psychology professor Daniel Gilbert notes:


“We go easy on the lard and tobacco, smile dutifully at yet another of our supervisor's witless jokes, read books like this one when we could be wearing paper hats and eating pistachio macaroons in the bathtub, and we do each of these things in the charitable service of the people we will soon become. We treat our future selves as though they were our children, spending most of the hours of most of our days constructing tomorrows that we hope will make them happy. Rather than indulging in whatever strikes our momentary fancy, we take responsibility for the welfare of our future selves, squirreling away portions of our paychecks each month so they can enjoy their retirements on a putting green, – jogging and flossing with some regularity so they can avoid coronaries and gum grafts, -- enduring dirty diapers and mind-numbing repetitions of The Cat in the Hat so that someday they will have fat-cheeked grandchildren to bounce on their laps.” (Stumbling on Happiness, 2006, xiii-xiv)

And even if you’ve reached that retirement, even if the fat-cheeked grandchildren are all grown, you’re still spending large portions of your day trying to take care of your future self – fretting and working for the sake of somebody else. 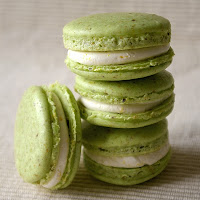 I haven't read a study on this, or seen any government statistics, so I'm just speculating here, but my guess is that over 90% of all dead Americans spent their entire lives and went to their graves without ever once eating pistachio macaroons in the bathtub while wearing a paper hat. What's up with that? That possum isn't wearing a paper hat because, well, he's a possum. Marsupials don't have such a refined aesthetic sensibility as you and I have. (And he's not in the bathtub because that's not where the food was. Duh.) But he sure was into every pistachio macaroon -- and every other baked good -- he could find.

That Growth on the Front of Your Brain

Why would you work so hard for someone else -- even if this taskmaster will have the same name as you (and maybe even the same mortgage)? You’d have to have some kind of large growth on the front of your brain. Actually, you do. It's that frontal lobe.

Here's how it happened:

Our brains are a lot like other primate brains -- and even like marsupial brains -- in most regards. The biggest difference is that massive frontal lobe we got. This lobe pushed the low, sloping brows of our ancestors forward to become our sharp vertical brows.

What does this frontal lobe do – besides keep our hats (paper and otherwise) on? The frontal lobe is where we create our future in our imaginations, allowing us to act today on behalf of someone else: the future self we will become.

All animals make predictions about the immediate, local, personal, future. For instance, they smell a predator and predict that they should run and hide. Only humans think about what they'll be doing tomorrow. With this capacity to project the future, we go on to wonder about other future things:


“the annual rate of inflation, the intellectual impact of postmodernism, the heat death of the universe, or Madonna's next hair color” (Gilbert 6).

And the consequences of too many pistachio macaroons -- a thought which evidently never darkened the neurons of Mr. Possum.

As a candidate running to unseat the incumbent of the last 2,000 millennia might ask: "Are you better off than you were two million years ago?" Would we be happier if we weren't so enslaved to our future selves and carpe diemed ourselves a few more paper hats?

Posted by Meredith Garmon at 17:21