What is reality? And is the word "God" a useful way to talk about it? "God" has taken on so many different and even contradictory meanings that I sympathize with the impulse to drop the word entirely. In the end, I retain "God" in my vocabulary. So what do I take the word to mean?

Reality as a whole. Surely there must be more to "God" than merely "reality as a whole" -- for that definition makes atheism nihilistic and theism trivial (The atheist says, "There is no God," which would be saying, "There is no reality, taken as a whole," which is nihilism. The theist says, "There is a God," which would be saying, "There is reality," which is trivial.) Anyone who takes the atheist/theist distinction to be different from the nihilist/nonnihilist distinction, whether she self-identifies as "atheist" or "theist," will rightly insist that certain additional attributes beyond "reality as a whole" are essential to a definition of "God." The atheist then adds that those attributes are not instantiated in or by reality, while the theist maintains they are. My task, then, and yours, too, if you'll take it, is to articulate answers to two questions: (1) Which of the qualities that have at one time or another been identified as qualities of God are indeed qualities of reality as a whole? (2) May reality thus described reasonably be called "God"?

Taking up the first question, it might seem important to address whether reality as a whole is supernatural, contains supernatural elements or occasional supernatural events -- or, on the other hand, is reality entirely natural? However, as part 1 argued, the natural/supernatural distinction is one we cannot make. Trying to draw the line between "supernatural" and "natural" on the basis of explainability by natural laws fails.

Today I take up the more promising distinction between a "personal" and an "impersonal" God. When theologians speak of "Personal God," they mean a God that "can be related to as a person" (Wikipedia, "Personal God"). They don't mean "personal" in the sense of "just for me." A personal God isn't like a personal pan pizza. For clarity, I shall speak of a God who is "like a person" or "person-like" rather than "personal."

The question, then, is: Does reality as a whole have knowledge? Does it want events to unfold in some ways and not in others? These are the keys to the broader question of whether reality as a whole can be related to as a person, for belief and desire do not reduce to each other, and from the combination of them come other person-like qualities, such as intention, disappointment, approval.

Can reality be related to as a person? Certainly it can. Sometimes it's even healthy to do so. Our relation with reality is impoverished if it doesn't also include poetic play. 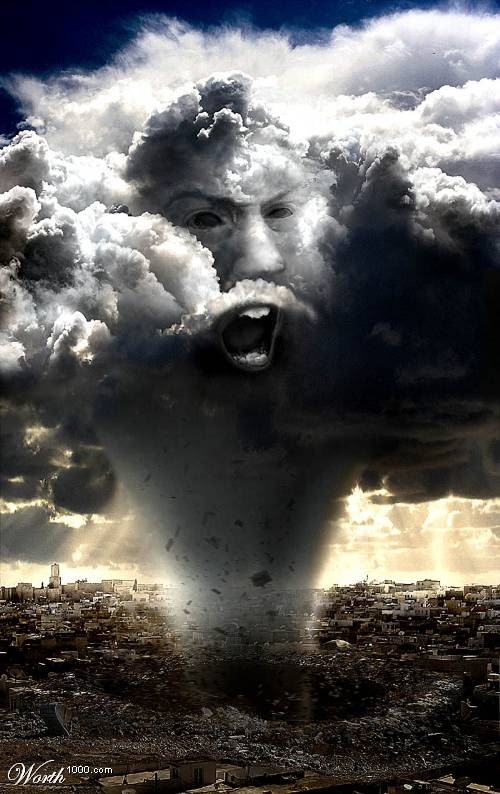 - I have stood by my window during a thunderstorm, and, when the thunder crashed, found myself responding, "Well, you're angry this evening!"

- Bette Midler sings of a seed below the snow that "with the sun's love, in the spring, becomes the rose."

When we are doing science, we may set aside such notions as that storms express anger or that the sun expresses love, yet lives entirely without a capacity for a creative metaphorical relation with our world are severely attenuated (moreover, such a capacity is ultimately crucial even to science.)

Brains built like ours look for the signs of belief and desire. We interpret our fellow humans as having their own beliefs and desires, and this is crucial for interpreting their behavior and getting along with them. To become the fantastically social species that we humans are, we had to have brains adept at understanding each other's actions, what beliefs and what desires motivated those actions. With brains built, by genes and by social training, to interpret events as manifestations of belief and desire, we quite naturally look for beliefs and desires in the universe itself, in the weather and in trees, rivers, mountains, and the sky. We are built to anthropomorphize: to relate to things as if they were person-like, as if they had beliefs and desires. Our science and our religion both may have outgrown these animist conceptions of gods, but we still have the brains that find something satisfying and whole in relating to nature as if it were a person. To come joyfully into the fullness of our humanity, we shall not reject or scourge any part of who we are. There is a place for play, for creative metaphor, for poetry in our lives and in our relation to reality. In our "literal" fields of discourse today -- such as science journals and criminal trial courts -- it won't do to speak of the sun's radiation as love. But if there are not times in our lives when we craft and submit to poetic accounts of person-like qualities in nature, we are the worse for it.

The poetic is essential. It is not an obfuscation or a handicapping holdover. Rather, poetry clarifies experience, and is the ground of meaning-making. The comparison of the sun's radiation with love illuminates human experience of hope and springtime. It doesn't obfuscate. Quite the contrary, it makes clearer what was cloudy.

In the "The Love Song of J. Alfred Prufrock," T. S. Eliot writes:


I should have been a pair of ragged claws
Scuttling across the floors of silent seas.

It's certainly a challenging line, but it wouldn't be fair to say that it obfuscates. Obfuscates what? There is nothing that could more clearly say what this says -- indeed, that's why it's difficult to explain (to re-say in different words) what it says. There's loneliness, isolation, the burdens of responsibilities, and a certain irony (including an irony about the irony). At the same time there's a kind of celebration: of the lowly, the ragged, and of silence. There's the rhythm of the words -- and the hard sounds of G and D and C turning into the sibilant S's at the end. Nothing can say what it says except itself. Anything else would be at best an obfuscation of what the line directly and immediately presents.

We can -- and a full human life occasionally will -- relate to reality as if it were person-like. We do so creatively, playfully, and metaphorically. We also sometimes do the work that requires literalness. Every fresh new metaphor is a candidate for ossification, for becoming "literal" -- like a mouth of a river, neck of a bottle, or hands of a clock. Such discourses as physics or law are shot through with metaphors that have ossified into literality, and this is crucial, for they could not otherwise do the work they do.

Is reality person-like? Does God know things and want things? The answer must depend on what sort of conversation we are having. Are we playing? Are we reaching for words that will convey the experience of our hearts as we grapple with the death of a loved one, or hear the cardinal's song in early light of day?

What I come to, then, is the conclusion that the "personal God" actually is, after all, "personal" in the sense of intimate, idiosyncratic, subjective, as well as in the sense of person-like. I may draw upon, as it seems helpful and personally meaningful, the traditions that speak of God knowing and wanting. When it's time to do work in the more literal areas of discourse and culture (such as administration, business, medicine, economics, politics, as well as science and law), I set aside personal conceptions of God. In those areas, I do not relate to reality as having knowledge or wants. 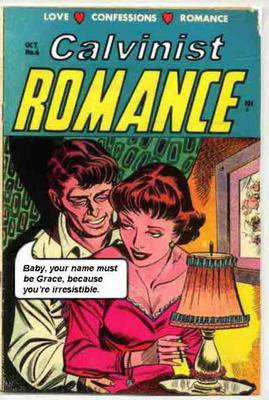 I recognize the role of playfulness, of creative and poetic play, in my own and others' spiritual lives. There are times to throw ourselves wholly into pretending that nature believes and desires. Such play helps align the deeper parts of our psyche with our world in a relationship of care, mutuality, growth, and joy. Such play reveals and embodies truths the literal mind cannot grasp or express.

Playfulness can also help us lighten the heaviness of an encrusted theology, preparing the way toward a more authentic -- and truly personal rather than merely received -- relation with our world.

Theological play and imaginative projections of personhood are legitimate and important. With that acknowledgment, I turn now to consider possibilities for "God" as neither supernatural nor person-like.